Espino 'eased out' of Grupo Progreso; leader says no one asked him to leave 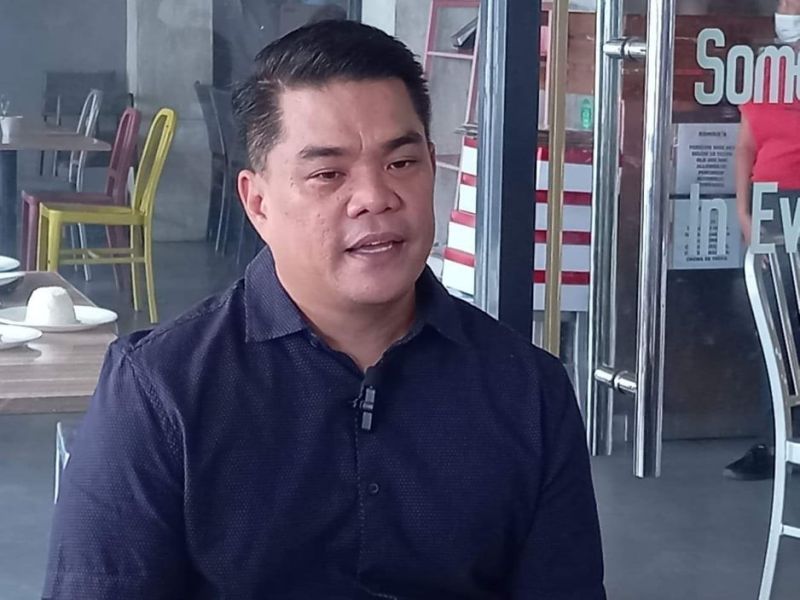 “I WAS eased out of Grupo Progreso (GP)."

This was said by Councilor Al Victor Espino, a member of local coalition Grupo Progreso, Sunday, September 5, 2021, after he was allegedly informed by Mayor Evelio Leonardia that the latter had lost his trust in him during their political group’s meeting in Bacolod City on Friday.

Espino, in a press conference, said he was singled out because of his closeness to former Negros Occidental Third District congressman Alfredo “Albee” Benitez, who earlier announced his intention to run as mayor of Bacolod City in the 2022 elections.

“It was accepted that the meeting was for me and to tell me that he no longer trusts me because of my closeness to Albee, which I understand because I considered him (Benitez) as my mentor, but my political relationship has always been with Leonardia,” he said.

Espino said on Friday, they held a meeting with members of GP except for Congressman Greg Gasataya and former councilor Caesar Distrito, who had prior appointments.

“I was informed that I have lost the trust of our leader, Mayor Evelio Leonardia, and I appreciate that it came from him,” he said.

The councilor added, “he [Leonardia] told me that if he has other opponents, then I have his trust and confidence. But, given the fact, which I do not deny that, indeed, I am close to Benitez not for anything else but as a friend and a mentor.”

Espino was elected as councilor in 1998 when he ran under the ticket of Leonardia.

He then ran as vice mayor with incumbent Councilor Renecito Novero, both of them losing the elections.

When he returned to politics, he was invited by former mayor Luzviminda Valdez and ran under a separate party.

He ran again under Leonardia’s ticket and became a member of GP.

Espino said he accepted the decision of the mayor and he told him that he’s the one to leave.

“I did not expect it and I left GP with a very, very heavy heart,” he said, adding that for now, he is considering not running in the next elections.

“I know that I am a contributing member of GP and an effective councilor during my time most importantly, I authored several ordinances for the city,” he said.

Espino authored City Ordinance 936, an ordinance granting tax relief to delinquent real property taxpayers in the city through the condonation of penalties, interest and surcharges imposed and providing mechanisms for its proper implementation.

He also authored a city ordinance establishing and creating a primary health care center in Bacolod; an ordinance extending the deadline of payments of all local taxes, fees and charges imposed by the City of Bacolod for the succeeding quarters of the year 2020 without surcharges, interests or penalties, among others.

As this developed, Leonardia said in a statement no one in the GP moved to ease Espino out.

“Our meeting centered on moving towards the finalization of the party slate and the filing of the certificate of candidacies (COCs) in October which is fast approaching,” Leonardia said.

The mayor said everyone was asked to speak and those present reaffirmed their decision and commitment to run under the banner of the GP.

They also reiterated their continued support to the party platform, policies and programs, he said.

Leonardia added that discussions were open and the atmosphere was cordial.

Leonardia said Espino happened to be the last one to speak. After he had given his piece, the mayor responded, which started a long exchange of views and opinions.

“As there was an apparent disagreement on certain sensitive matters, that was when Councilor Espino volunteered to leave while the meeting was ongoing. The manner of his physical exit, in fact, was also cordial. There was even that friendly fist bump,” Leonardia said.

“In closing, allow me to thank Councilor Espino for his involvement all these years that he had been with Grupo Progreso. The political circumstances, however, as it could happen elsewhere, may change accordingly though,” he said.

“Again, his parting of ways with his party mates was his own voluntary act. As explained earlier, no one had asked him to leave the GP nor was there any effort to ease him out as what appeared in that news story,” he added.