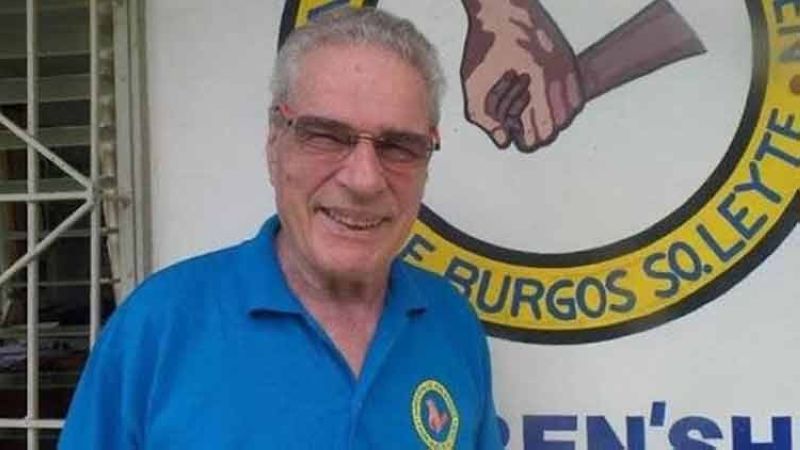 TRIBUTES continued to pour in for Jürgen Schneidt, the German founder of KinderHilfe (Children’s Village) Philippinen in Padre Burgos, Southern Leyte who died after battling a short and serious illness on August 30, 2021. He was 83.

“Jürgen touched the lives of so many people here in Southern Leyte, and will be sadly missed. An inspiration to us and to future generations of charities,” wrote Pascal Canning, founder of Star Apple Foundation based in Maasin City.

“We are deeply saddened by the death of our friend and partner,” said Greenfinity Foundation, an Austrian-based charitable association.

The foundation had worked with Schneidt in his many relief works in the province.

On social media, local residents and government officials also expressed their gratitude to the German humanitarian worker for his immense help and contributions, particularly in building schools, offering scholarships, donating state-of-the-art health facilities and equipment, and providing medical assistance to the poorest families in Southern Leyte since 1985.

“He fell asleep peacefully in the company of his closest confidants in the place that has been the center of life and fulfillment of life for him for over 35 years: his children's village. He was a man who gave his strength, his energy and his life to help the weakest on the ground. We are grateful that we were allowed to accompany this unique project with him,” said ZDF, the German public-service television broadcaster based in Mainz, Rhineland-Palatinate where Schneidt formerly worked.

“His courage, his commitment and his love for the children were admirably unbroken right up to the end. He was also an excellent ambassador for our country. His extraordinary achievements contributed to a very large extent to the friendship between the two countries,” it added.

In a statement, ZDF said they will sustain the management of the children's village “as his inheritance and in his interest even after his death.”

“Even if the heart of KinderHilfe has gone with Jürgen Schneidt, his legacy remains. His spirit lives on in the children's village,” it added.

In 1985, Schneidt founded the Padre Burgos Children's Village after discovering that his donations through another aid group “had not reached his sponsored child, or only to a limited extent.”

After the incident, Schneidt started to find “more effective ways to help.”

In 1986, the construction of the orphanage in Padre Burgos became the “most comprehensive project” of the "KinderHilfe Philippinen.

The Padre Burgos Children’s Village provided a safe environment to around 100 beneficiaries, mostly from the poorest backgrounds who endured “complex life stories” like disability, abuse, neglect, and preexisting medical conditions.

With the support of the community, the beneficiaries received daily meals, education assistance, medical care, recreation facilities, psychological and spiritual support, among other things.

For his humanitarian services, Schneidt received numerous awards and recognition from the town and province, including a “Gawad Award” given by then President Gloria Macapagal Arroyo in 2006. (SunStar Philippines)