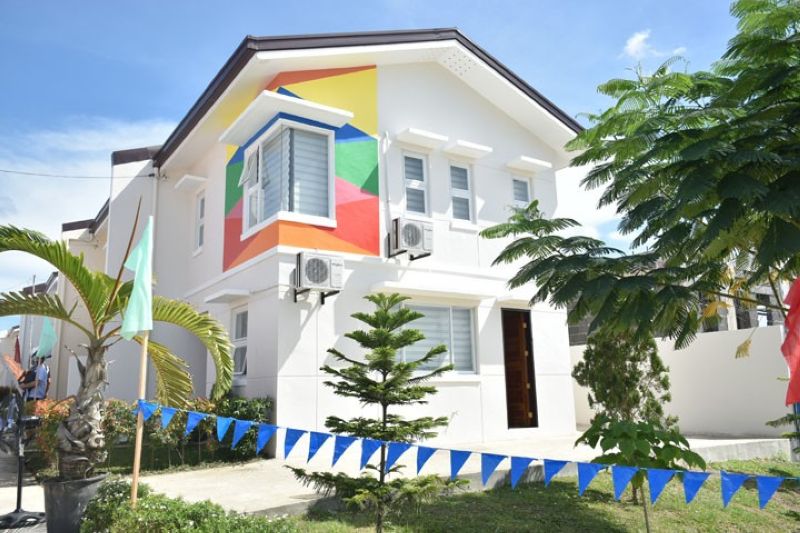 HOUSE AND LOT. The National Housing Authority in coordination with the Armed Forces of the Philippines Real Estate Office and Philippine Sports Commission facilitate the turnover on Thursday, September 2, of the awarded house and lot units to 2020 Tokyo Olympic medalists Staff Sergeant Hidilyn Diaz and Sergeant Eumir Felix Marcial. A photo handout shows the housing unit model the two medalists received as a gift from the government. (SunStar Zamboanga)

THE National Housing Authority (NHA) in coordination with the Armed Forces of the Philippines Real Estate Office (Afpreo) and Philippine Sports Commission (PSC) facilitated the turnover on Thursday, September 2, 2021, of the awarded house and lot units to Staff Sergeant Hidilyn Diaz and Sergeant Eumir Felix Marcial.

Diaz and Marcial, both Zamboangueños, are among the four Olympic medalists who made history during the 2020 Tokyo Olympics.

As promised by President Rodrigo Roa Duterte, the two were awarded house and lot units situated in Sitio Catumbal in Cabaluay village, east of Zamboanga City.

“We have been working hand-in-hand with the National Housing Authority and the Philippine Sports Commission to facilitate the awarding of these housing units to the AFP’s and our country’s pride, Staff Sergeant Diaz and Sergeant Marcial,” said Lieutenant Colonel Reginald Ephraim Lingan, Housing Management Division chief of Afpreo.

The turnover of the housing units to Diaz and Marcial were witnessed by top military and government officials, as well as the immediate families of the two 2020 Tokyo Olympic medalists. (SunStar Zamboanga)