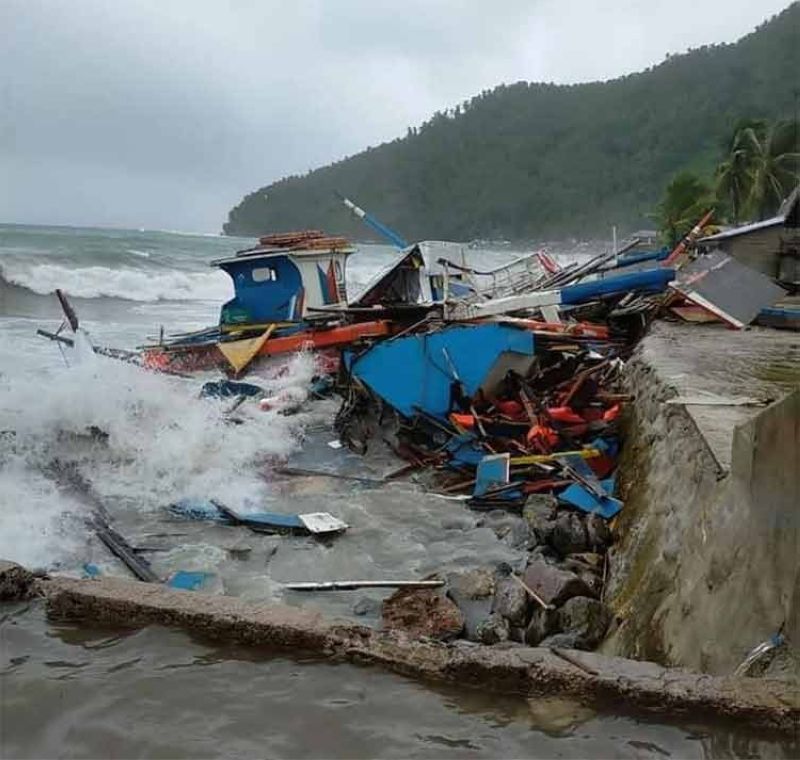 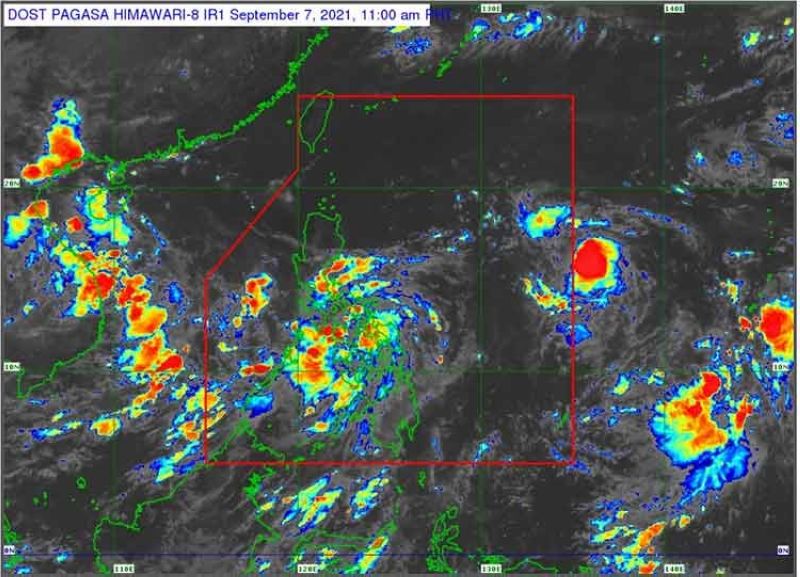 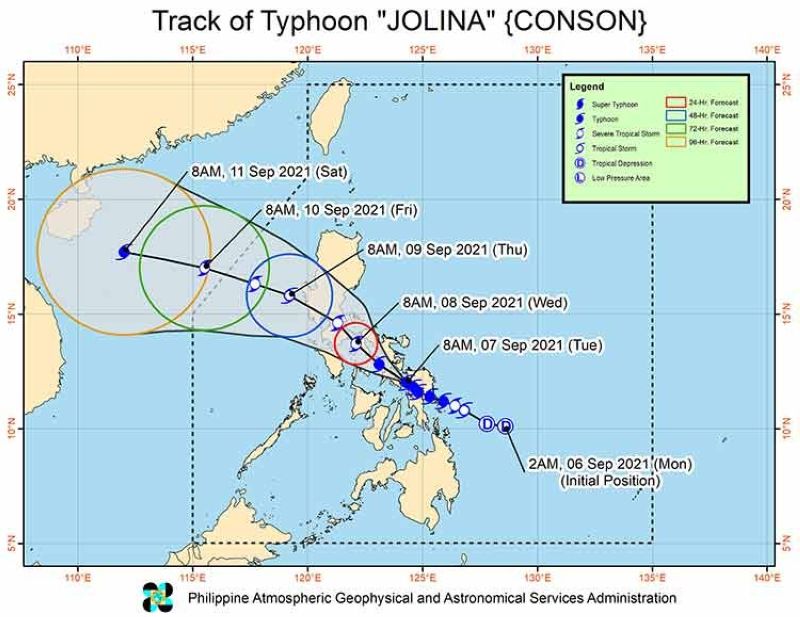 TYPHOON “Jolina” made its sixth landfall in Dimasalang, Masbate around 10 a.m. Tuesday, September 7, said the state weather bureau in its 11 a.m. bulletin.

The typhoon earlier made landfalls in these areas:

The Philippine Atmospheric, Geophysical and Astronomical Services Administration (Pagasa) said that Jolina, the 10th tropical cyclone in the country this year, will continue to move general west northwest, traversing Masbate and Ragay Gulf before making another landfall in the vicinity of southeastern Quezon Tuesday night, or early morning Wednesday, September 8.

“It will then briefly emerge over Lopez Bay before making landfall in the vicinity of northern Quezon,” it added.

As of 10 a.m. Tuesday, the center of Jolina was located in the vicinity of Dimasalang, Masbate, still packing maximum winds of 120 kilometers per hour (km/h) near the center, gusts of up to 150 km/h, and central pressure of 990 hPa. It was moving west northwest at 15 km/h.

Pagasa said strong winds or higher extend outwards up to 180 kilometers from the center of the typhoon.

Resident of these areas were warned against destructive typhoon-force winds that may bring generally moderate to heavy damage to structures and vegetation.

In those areas under TCWS 2, damaging gale-force to storm-force winds are likely to occur and may bring generally light to moderate damage to structures and vegetation, said Pagasa.

Strong winds (strong breeze to near gale conditions) with occasional gusts will be experienced in areas under TCWS 1 and this may result in up to very light damage to structures and vegetation, added the weather bureau.

Pagasa has lifted TCWS Number 1 in other areas.

In the next 24 hours, Pagasa said that heavy to intense with at times torrential rains will be experienced over Masbate, Leyte, Biliran, Samar, Northern Samar, Sorsogon, Albay, Catanduanes, Camarines provinces, Southern Quezon, Romblon, and Marinduque.

Moderate to heavy with at times intense rains will be experienced over Mindoro Provinces and the rest of Calabarzon and Visayas. “Under these conditions, scattered to widespread flooding (including flash floods) and rain-induced landslides are possible especially in areas that are highly or very highly susceptible to these hazard as identified in hazard maps,” Pagasa said.

Also, in the next 24 hours, the threat of coastal inundation due to storm surge of up to 0.5-1.0 meters will continue for several coastal localities of Biliran, Sorsogon, Samar, and Masbate. Pagasa said this may pose threat to life and property.

Jolina was forecast to cross Central Luzon (roughly to the east and north of Metro Manila) Wednesday or Thursday morning, September 9.

Frictional effects during its traverse of Luzon landmass will weaken Jolina down to tropical storm category, said Pagasa.