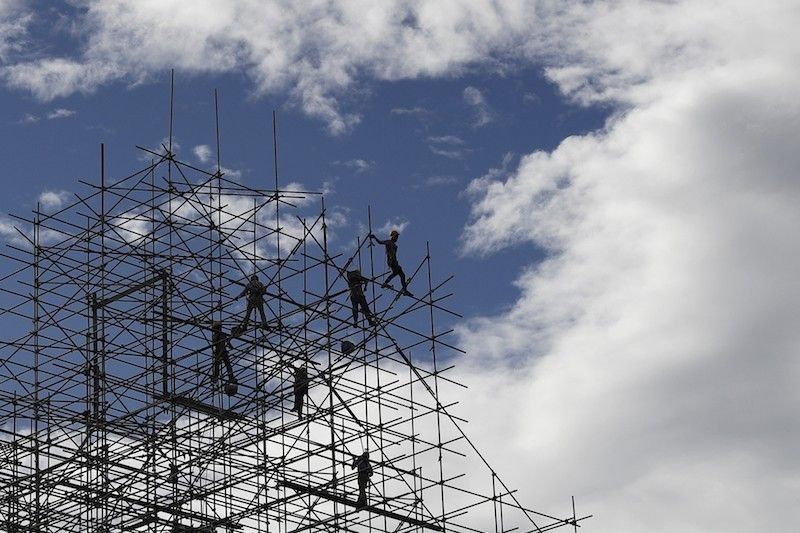 MANILA. In this file photo, construction workers continue to report for work during the pandemic. (File)

FEWER Filipinos were jobless in July 2021, with the unemployment rate declining to 6.9 percent, the lowest since April 2020, the Philippine Statistics Authority (PSA) announced on Tuesday, September 7, 2021.

The invisibly underemployed, or those working at least 40 hours in a week but still want to have additional hours of work in their present job, have an additional job, or have a new job with longer working hours, was estimated at 4.2 million, or 10 percent of the total employed persons.

The labor force participation rate (LFPR) in July 2021, however, fell to 59.8 percent which is equivalent to 44.7 million Filipinos who were either employed or unemployed.

The government's economic managers, in a joint statement, said the drop in the unemployment rate was due to the more relaxed restrictions.

They observed that risk aversion and precautionary behavior led to a decrease in the labor force participation rate.

They said the government will continue to strengthen the healthcare capacity, accelerate the vaccination program, and impose more targeted granular lockdowns to enable more people to safely join the labor force and earn a living.

"Together with the immediate interventions to address the Covid-19 pandemic, these reforms will help bring us back to pre-pandemic levels in end 2022 or early 2023 and restore our development trajectory," he said. (Marites Villamor-Ilano / SunStar Philippines)