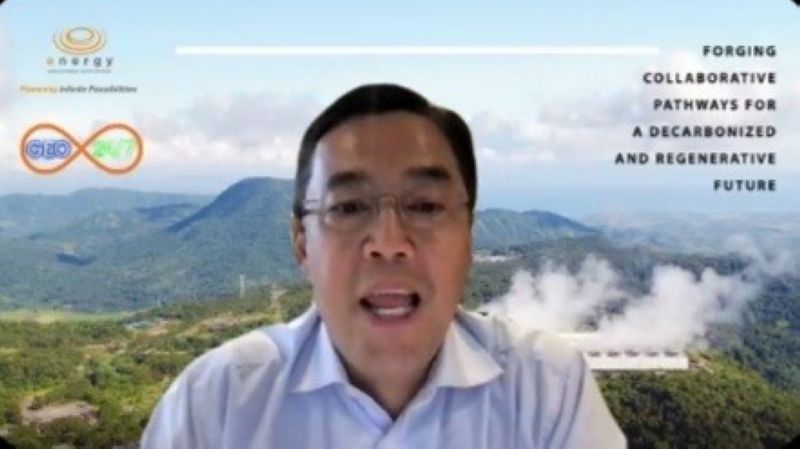 UNLESS there are immediate, rapid and large-scale reductions in greenhouse gas (GHG) emissions, limiting global warming within 1.5 to two degrees Celsius will be beyond reach.

This is the alarming reality sounded by First Gen-owned renewable energy (RE) leader Energy Development Corporation (EDC) at a landmark Zoominar organized by the Ecumenical Initiative Forum, a gathering of faith-based organizations against climate change guided by the landmark Laudato Si encyclical of Pope Francis.

Dubbed "Climate Change: The Greatest Crisis of Our Time," the digital meet brought together stakeholders from the business sector, civil society, academe, and the Catholic Church led by the Focolare Movement Philippines, Season of Creation Pilipinas, and the National Laudato Si Program organized by the Catholic Bishops Conference of the Philippines (CBCP).

"Contrary to what a lot of us may think, the Covid-19 pandemic is not our greatest problem. Even when we get out of this pandemic, the biggest crisis of our time still remains and that's climate change," said EDC president and chief operating officer Richard Tantoco as the forum's keynote speaker.

The sixth in a series of periodic reports put out since 1990, it is the most daunting and alarming to date, pointing to irreversible consequences of climate change if no drastic action is taken to decarbonize the atmosphere.

Among the undeniable facts the IPCC report established was that human activities have unequivocally warmed the oceans, land and atmosphere, when it was merely deemed a possibility eight years ago.

It has also been confirmed that the scale of the recent climate system changes as a whole are unprecedented within a period of thousands of years of Earth's existence.

"Global surface temperatures will continue to increase at least until 2050," Tantoco explained.

In terms of exceeding the 2015 United Nations Climate Change Conference or COP 21 limit of global temperature increase, "under most scenarios, crossing 1.5 degrees will happen in the early 2030s. [But] in the absence of deep carbon cuts, 2 degrees will be exceeded during this century," he said.

In response, Tantoco outlined practical steps that nations and enterprises can take such as accelerating the pursuit of RE in powering not just homes and industries but transportation as well, coupled with "green" investing and an unequivocal rejection of fossil-based fuels such as coal.

Forest cover rehabilitation and regeneration is also critical. For communities, resilience against extreme weather disturbances needs to be of utmost priority for local government units, the official said.

For families and individuals, simple but impactful lifestyle practices such as conservation of natural resources and decreased material consumerism continues to be a big help, he said.

"While we can no longer undo the environmental mistakes that humanity has made in the past, it is up to all of us to do something to prevent them from happening again-to be a part of the solution to the greatest crisis of our time," Tantoco added. (PR)