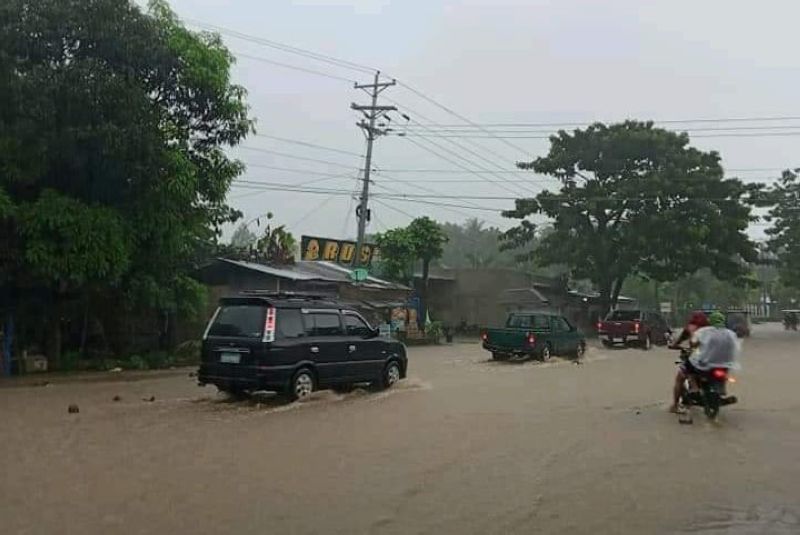 Philippine Coast Guard (PCG)-Western Visayas Deputy Commander Captain Ludovico Librilla, who is also the station commander in Negros Occidental, said over a hundred Cebu-bound passengers at Escalante and Sagay ports were stranded when their trips to Tuburan and Tabuelan towns were cancelled at 6 a.m. Tuesday.

A roll-on-roll-off vessel with seven drivers and helpers in Sagay City and another three in Escalante City with 97 passengers on board were not allowed to sail, the PCG reported.

The PCG added that since Panay is not under a TCWS, there were no cancelled trips at the Bredco port in Bacolod City going to the island.

Librilla said the trips will be allowed to resume as soon as the storm signals are lifted in the affected areas.

Heavy rains also resulted in a landslide that blocked one of the lanes at the national highway in Barangay Rizal, San Carlos City, Negros Occidental.

Mayor Rhumyla Nicor-Mangilimutan of La Castellana, meanwhile, posted a live video on social media, showing zero visibility in her town while fallen trees, rocks, and other debris from a minor landslide also blocked one of the major roads in the area.

The policemen were able to remove them right away.

Livestock and poultry animals such as chickens and pigs were reportedly swept away by the flood waters.

Nicor-Mangilimutan already ordered the town's Social Welfare Office to provide assistance to the affected families while the Local Disaster Risk Reduction Management Office is still estimating the cost of damage caused by the flooding.

Flood also inundated a road in Barangay Mambaroto in Sipalay City for more than an hour following a heavy downpour Tuesday morning.