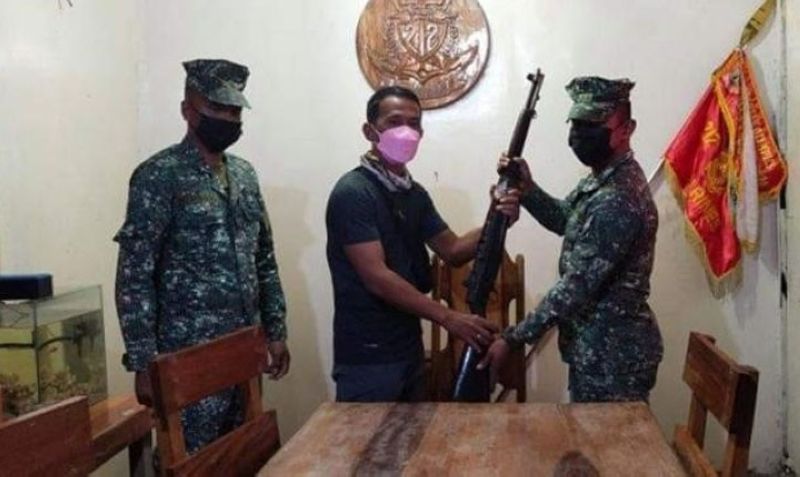 LOOSE FIREARMS. The number of loose firearms the authorities recovered in the province of Tawi-Tawi since January now totaled to 59 as two village chairpersons surrender another two loose firearms to the 212th Marine Company on Saturday, September 4. A photo handout shows one of the two village officials handed over a Garand rifle to an official of the marine company. (SunStar Zamboanga)

THE number of loose firearms the authorities have recovered in the province of Tawi-Tawi since January 2021 now totals to 59, the military reported Wednesday, September 8.

This, as another two loose firearms were surrendered to the 212th Marine Company on Saturday, September 4, in the island town of Sitangkai, Tawi-Tawi.

Racadio, who is also the 2nd Marine Brigade commander, said the surrender of the unlicensed guns was made possible through the continuous conduct of security forums and dialogue to local government units and villages officials by the Marine Battalion Landing Team-12 to encourage more loose firearm surrenders.

Of the 59 loose firearms surrendered since January, 38 were high-powered and 21 were low-powered. (SunStar Zamboanga)