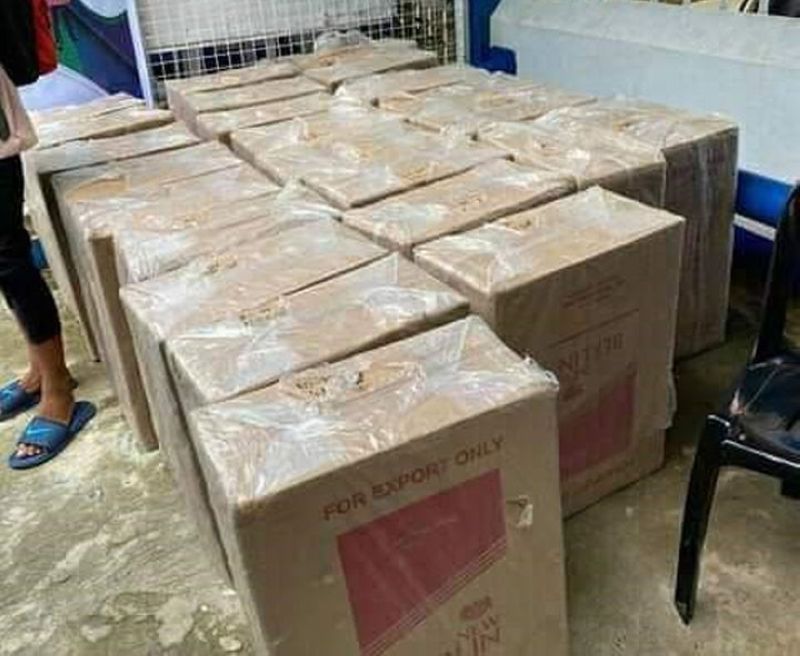 SMUGGLED CIGARETTES. Policemen seize a shipment of some P1.2 million worth of smuggled cigarettes while on checkpoint operation on Tuesday, September 7, in Baloybon village, Pagadian City, Zamboanga del Sur. A photo handout shows some of the confiscated master cases of smuggled cigarettes taken to the Pagadian City Police Station for proper disposition. (SunStar Zamboanga)

POLICE operatives have seized a shipment of some P1.2 million worth of smuggled cigarettes in Pagadian City, Zamboanga del Sur, an official announced Wednesday, September 8, 2021.

Ojas said 91 of the 115 master cases comprised of Fort cigarettes while the remaining 24 master cases are New Berlin.

He said both David Batu-on Franco, 43, the driver, and his assistant, Michael Bryan Tagaytay, 21, failed to present documents to prove that the shipment of the cigarettes is legal.

He said Franco and Tagaytay were detained, while the truck and contraband impounded at the Pagadian City police station for proper disposal. (SunStar Zamboanga)