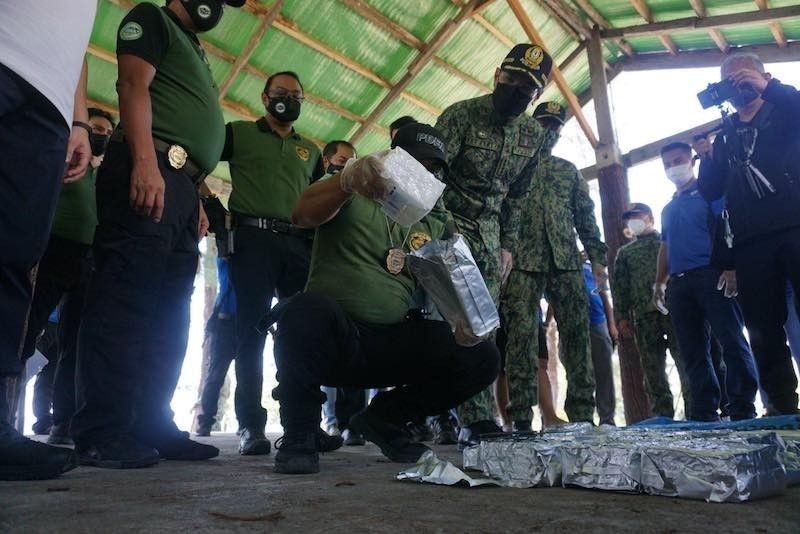 CHINESE men, including one of the biggest shabu importers in the Philippines, were killed and P3.4 billion worth of shabu were seized in a drug bust that led to an armed encounter in Zambales Tuesday, September 7, 2021.

Another operation in Bulacan a few hours later ended in the arrest of three other Chinese nationals who are residents of Binondo in Manila and yielded shabu worth P544 million, for a total drug haul of P3.944 billion in a single day.

In a departure from his usually expletive-laden tirades about illegal drugs, President Rodrigo Duterte said Filipino law enforcers did not want to hurt anybody but were merely protecting the country.

(People were killed. We did not want this to happen, but they were armed.)

“‘Di man natin gustong makipag-away o kaya saktan ‘yong mga citizens ng iba-ibang bayan, mga kababayan natin, pero we have to do this because we have to protect our country. (It’s as) simple as that,” he added, after reading the details of the follow-up operation.

(We don't want any conflict. Neither do we want to hurt citizens of other nations and our countrymen, but we have to do this because we have to protect our country. It’s as simple as that.)

Youhua Xu, a resident of Stanfordville in Quezon City, was allegedly a member of a transnational drug trafficking organization and one of the biggest shabu importers in the country.

The composite team that conducted the operation seized around 500 kilograms of methamphetamine hydrochloride or shabu worth P3.4 billion.

Another illegal drugs operation in Tipo Exit in Barangay Tipo-Hermosa in Bataan at 4 p.m. on the same day yielded an additional 80 kilos of shabu worth P544 million.

Qing and Bin are from Fujian while Chang is from Hokkien. All are residents of Binondo, Manila.

Philippine Drug Enforcement Agency (PDEA) Director General Wilkins Villanueva said this second operation was a follow-up operation to the Bulacan-Valenzuela operation, during which P1.482 billion worth of shabu was seized.

Both operations were led by the PDEA, Philippine National Police and the Intelligence Service of the Armed Forces of the Philippines. (Marites Villamor-Ilano and Third Anne Peralta-Malonzo with Princess Clea Arcellaz/SunStar Pampanga)