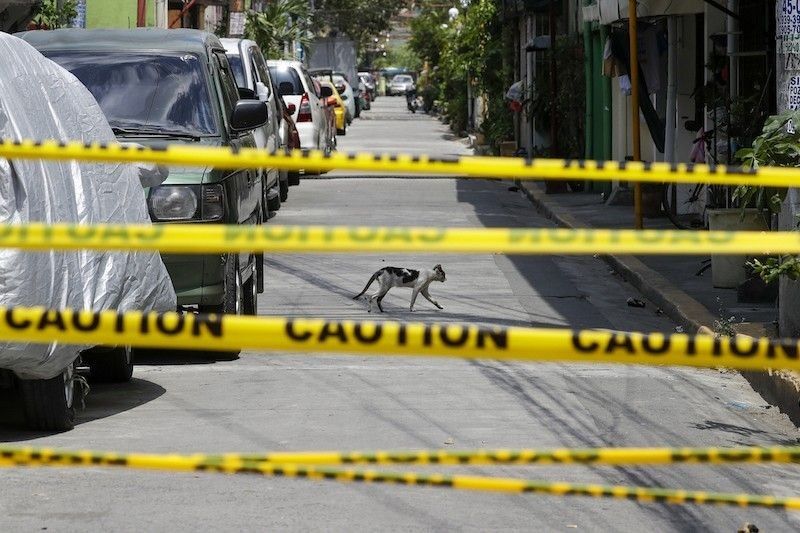 MANILA. In this photo taken in March 2021, a village in Metro Manila is placed under lockdown due to the number of Covid-19 cases among residents. (File)

SOME Metro Manila mayors on Wednesday, September 8, 2021, said they were disappointed with the sudden retraction of the decision to loosen restrictions in the National Capital Region (NCR) and impose a new system of granular lockdowns.

Marikina City Mayor Marcy Teodoro said the government’s flip-flopping affects not only the local government units (LGUs) but also the businesses that were preparing for their reopening.

In a viral Facebook post, a businesswoman who owns a restaurant expressed disappointment to the government as she had already purchased around P300,000 food supplies, gathered her 32 staff and conducted general cleaning in preparation for their reopening.

Officials earlier said that under the new system of granular lockdowns, all the residents of the locked down area are required to stay at home and even the authorized person outside residence will not be allowed to go in and out. The government will provide food supplies to the affected families.

Teodoro said Metro Manila mayors were not informed of the sudden change of the government’s decision. They were in a meeting with the Inter-Agency Task Force (IATF) for the Management of Emerging Infectious Diseases until Tuesday afternoon asking for the guidelines of granular lockdown.

He noted that a granular lockdown system needs clear guidelines because a lot of preparation is needed for it, especially in terms of manpower and logistics.

Other mayors, including Francis Zamora of San Juan City and Vico Sotto of Pasig City, said they were clueless as to what prompted the IATF to delay the pilot implementation of the granular lockdowns.

Meanwhile, National Task Force (NTF) Against Covid-19 spokesperson Restituto Padilla said the questions raised by the Metro Manila mayors and the appeal of the healthcare workers to extend the stricter quarantine measure were among the factors that were considered.

Department of the Interior and Local Government Undersecretary Jonathan Malaya said they were already drafting the guidelines for the implementation of granular lockdowns and it would be out in two to three days.

"The purpose is to limit the confusion, not to confuse the public. We would rather release the guidelines before implementing anything," he said. (Third Anne Peralta-Malonzo / SunStar Philippines)