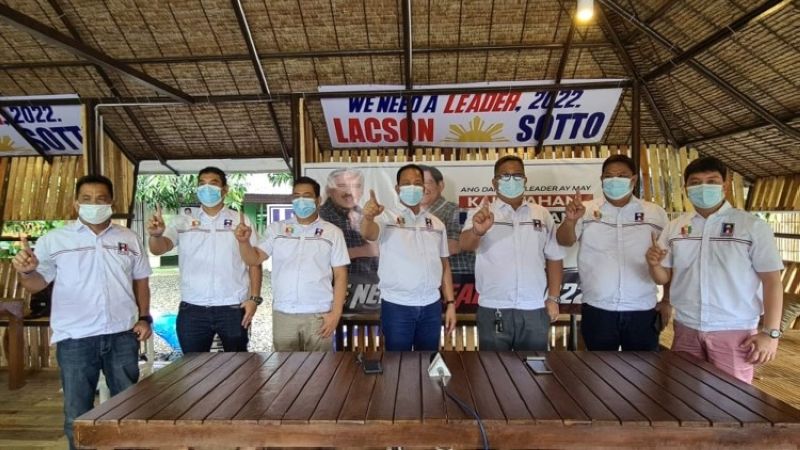 A CIVIC group advocating for good and honest leadership has officially endorsed the candidacy of Senator Ping Lacson and Senate President Vicente Sotto III for the presidential and vice-presidential posts, respectively.

"We Need A Leader" group, which launched its advocacy to educate voters for the upcoming 2022 polls in January 2021, made its endorsement to the tandem ahead of the official launch of the Lacson-Sotto candidacy on Wednesday morning.

"After over six months of searching, we've seen that Senator Ping Lacson and Senate President Tito Sotto are the best fit for the qualifications of a good leader," said Loret Santos, one of the volunteers of the We Need A Leader group.

Among the qualifications cited by Santos for a good leader is someone who has the capability, will and integrity to lead the country, especially during this pandemic.

He said Lacson and Sotto have a combined 80 years of public service with good track records and several bills authored which are beneficial to Filipino people.

"With their good track record and public service background, we believe they will be the key in solving the problems faced by our country and lead us as we recover from the effects of the pandemic," Santos said.

If elected, Santos said the tandem vowed to focus on fighting corruption and illegal drugs, ensuring a transparent government and empowering local government units by downloading more funds and programs.

Santos urged voters to look into the background and track record of the two legislators and consider them as the next leaders of the country.

The tandem of Lacson and Sotto has brought together at least two of the known political parties in the country, as Lacson will run under Partido Reporma, while Sotto is a member of the Nationalist People's Coalition.

Lacson and Sotto on Wednesday, formally announced that they are running for the top government posts in the 2022 national elections. They were the first tandem to announce their candidacy for the upcoming polls in a virtual launch.

In his speech, Sotto vowed to address corruption, poverty and healthcare.

He said he will continue his advocacy to fight illegal drugs and drug abuse, as well as pursue a medical scholarship program and promote the mental health welfare of the Filipinos.

Lacson, for his part, called for a “united citizenry” in order for the country to overcome the challenges it is currently facing due to the coronavirus disease 2019 (Covid-19) pandemic.

He said their tandem is highly capable of addressing the country’s problems brought about by the pandemic such as unemployment, poverty, hunger, illegal drugs and the territorial issues that “carried Filipinos into hopelessness.”

He vowed to hold those involved in illegal activities liable “whether they were close friends or not.”

“We are nearing (the) crossroads of our nation’s modern history and we cannot afford to use the wrong direction in charting the course of our nation in the next six years,” said Lacson.

“This is where Tito Sotto and I intend to stir our country from despair to hope, from apathy to empathy, from fear to trust, from poverty to prosperity, from self-pity to dignity. The Filipino deserves no less,” he added. (With Third Anne Peralta-Malonzo/SunStar Philippines)