Bzzzzz: Barug has picked its 2022 slate, ready except for Congress bets. Most likely, a Rama-Garcia duo. ‘October surprise’ from Tomas Osmeña? 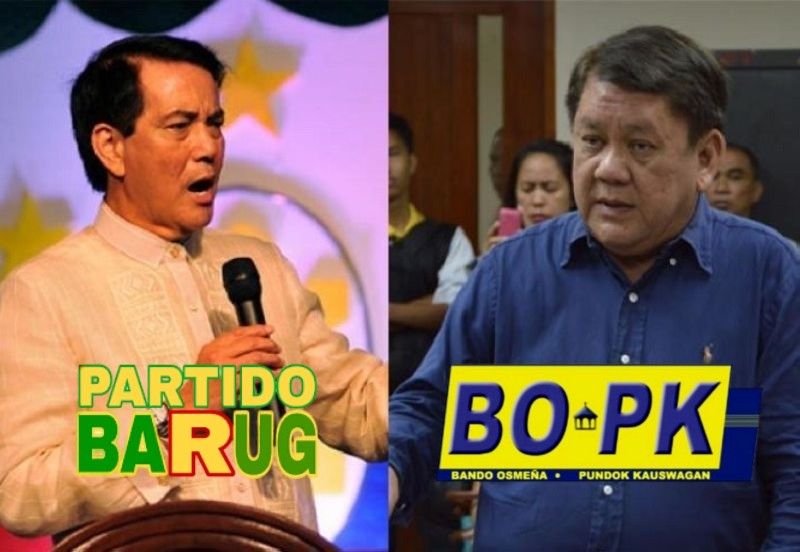 Two things why you might take that with a bagful of salt: (1) politicians are not known for keeping their word, the parties to the supposed agreement not excluded; (2) grammar teachers told us to question any contradictory declaration, such as “Yes, I have no bananas.”

FROM Vice Mayor Mike Rama’s pronouncements in the last three days -- to SunStar and two other media persons/outlets -- this much we know:

COUNCILOR SLOTS FILLED. The north and south slates for councilors under Partido Barug, Cebu City’s ruling party, were already picked by consensus among party leaders, with the biggest influence wielded by an eight-person advisory council. He would not name the eight candidates for each district until the last week of September. But it will be an assorted lot, including old and new names.

VM Rama told Fred Languido of The Freeman Wednesday, September 8, the selection was on the usual factors of competence, background, health and loyalty. The day before, Tuesday, Rama told SunStar that Barug conducts surveys, apparently to determine “winnability.”

The slates are complete, Rama said, but there are two “convertibles,” meaning they might be assigned other slots between now and COC-filing deadline from October 1 to 8, which could be for Congress or a government job after the election.

LABELLA’S CHANCE. VM Rama gave the impression that the Barug slot for mayor is already his although he hinted to Fred Languido that if Mayor Edgardo Labella’s good health is restored completely (“body and soul”) before the October deadline, he might run as his vice mayor or for a House seat in the south. Earlier though, VM Rama told Atty. Frank Malilong, SunStar columnist and dyCM commentator, he (Mike) would run “only for mayor.”

It would seem that Mayor Labella had not been “in” on the discussions about next May’s candidates. The last time Mike communicated by text with Edgar was last July. Rama told Sunstar though he kept in touch on political matters with the mayor through Edgar’s son JP and City Administrator Floro Casas Jr.

EVERYBODY LOVES RAYMOND? What spawned the rumor of one rift in Barug was that Mike was not “comfortable” with Councilor Raymond Garcia, whose tandem with Rama was supposedly decided last July yet in Clark, Pampanga.

NINA OR RICHARD; EDU OR JOY. No final decision is yet made on the Barug bets for the congressional seat in Cebu City north and south. Mike said he asked each of the four contenders a question.

In the second district, it’s between Councilor Edu Rama and former councilor Joy Pesquera. Fred Languido asked Mike how he’d choose between blood and... The editor didn’t finish but Fred must have wanted to say “between blood and old love.”

The question to Nina, Richard, Edu and Joy: What would you do if you wouldn’t be the official candidate?

ON THE other side of the fence, Band Osmeña Pundok Kauswagan (BOPK) chief Tomas Osmeña told media Wednesday, September 8, that he does not see politics as his “immediate priority.”

Instead, he took up again the issue of 17,000 “missing” chickens donated by a food canning company, which BOPK Councilor Joy Augustus Young raised last May 2020 and which is mainly a political issue.

Yes, the chickens were traced and no, they weren’t actually missing. There was just no public accounting on how the two batches of poultry, after being dressed, were distributed by two councilors -- one from BOPK and the other from Barug -- and the lists of beneficiaries were not audited or they were but not publicized. Mayor Labella also failed to disclose the result of a supposed investigation he ordered last year.

TEMPTATION ON TOMAS. More on politics, recall that in an interview with broadcaster Jason Monteclar early this year, Tomas said he never discloses his BOPK lineup earlier than necessary so as not to alert his rivals. Sometimes the enemy would poach on his political timber, he said.

The talk is that Tomas wouldn’t run anymore because of his health, but he might not be able to resist a rematch with Mike Rama, who defeated Tomas in 2013. Tomas in turn beat Mike in 2016. In 2019, Tomas lost to Labella. His wife Margot though, the rumors say, might be persuaded to run for a House seat in the south, in which case she could be facing Edu Rama or Joy Pesquera.

Tomas might pull an “October or late September surprise.” Do people still say “Abangan”? Abangan then.