SK kagawad, 3 others killed in accident 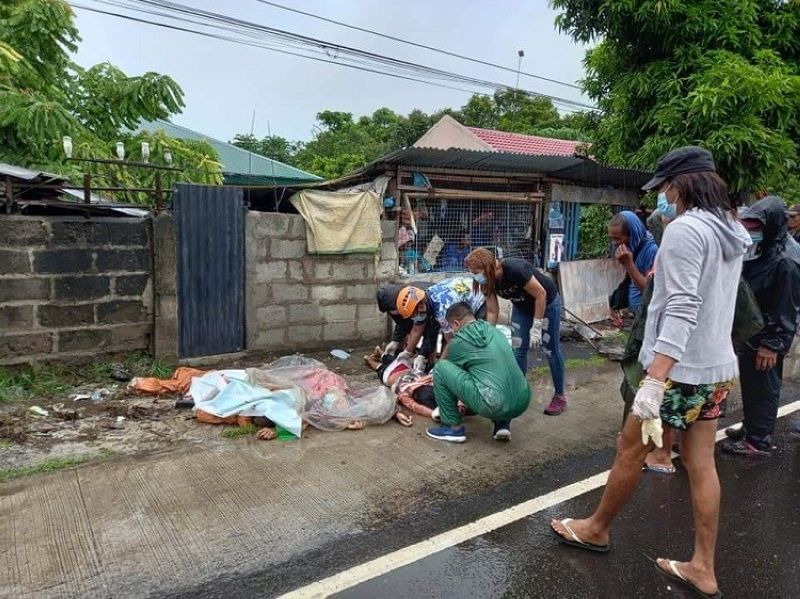 A SANGGUNIANG Kabataan (SK) kagawad and three others have lost their lives when the tricycle they were ridding figured in an accident in Hinigaran town, Negros Occidental around 4:30 p.m. Thursday, September 9, 2021.

Kent Tolido, 19, SK Kagawad of the town’s Barangay Miranda, along with Simeon Noblezada, 62, Meldy Capillo and Dena Espinosa, also of the said barangay, all died on the spot due to the injuries they sustained, Major Jake Barila, chief of police of the town, said.

Initial investigation showed that Noblezada, who was driving the motorcycle, was navigating to make a left turn towards Crossing Bulubitoon in Barangay Miranda when the tailing Izuso Dimax driven by Christopher Antiqueno tried to overtake and hit the other vehicle.

Antiqueno is now in the custody of Hinigaran town police while his companion was sent home, he also said.

Barila said it is possible that the pickup was speeding because it dragged the tricycle at least a meter away from the point of impact before both vehicles fell into the roadside canal.

Residents nearby claimed that they heard a loud bang.

Asked if Antiqueno is under the influence of liquor, Barila said they will subject him to alcohol and drug test at the Negros Occidental Provincial Police Office.

Antiqueno did not give any statement as of Thursday.