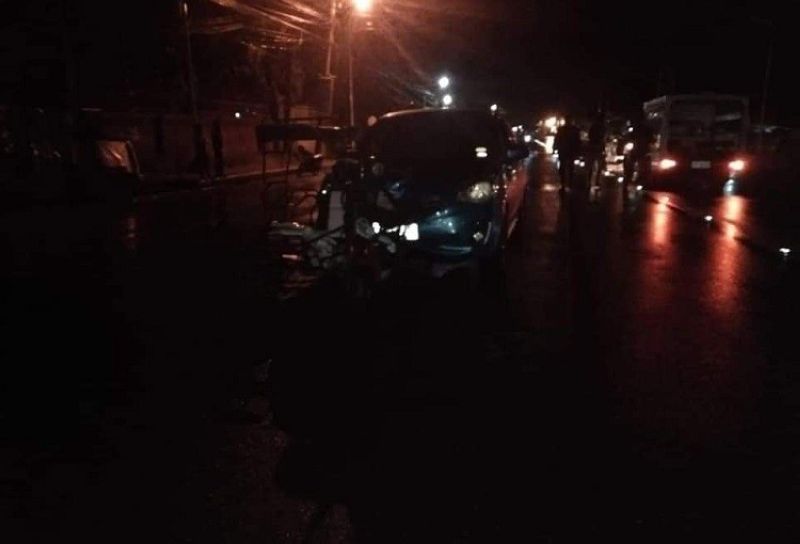 A WOMAN died, while her 10-year-old daughter was injured after they were hit by a vehicle along Circumferential Road in Barangay Villamonte, Bacolod City past 2 a.m. Thursday, September 9, 2021.

Police identified the fatality as Elmera Agravio, 50, of Capitol Subdivision, Barangay Villamonte, and her 10-year-old daughter, name withheld for being a minor.

Police Lieutenant Greggy Cayao, deputy chief of Police Station 4, said Agraviao was driving an electric bicycle or e-bike with her daughter as back-rider when they were hit by a Mitsubishi Mirage driven by Anna Patricia Araneta, 25, of Manville Royal Subdivision, Barangay Tangub.

Cayao said Agravio and her daughter were traveling from north to south of Circumferential Road while Araneta was tailing them.

Agravio and her daughter sustained injuries and were brought to the Corazon Locsin Montelibano Memorial Regional Hospital, but the former did not survive, he said.

Araneta voluntarily surrendered to the police.

Cayao said the area was not well-lighted and there is a possibility that Araneta failed to notice the victims, who were on their way to the market.

Although not hurt Araneta, requested to be brought to a hospital for a check-up, Cayao also said.

A settlement between the two parties is now underway. Araneta will be released after an 18-hour reglementary period.