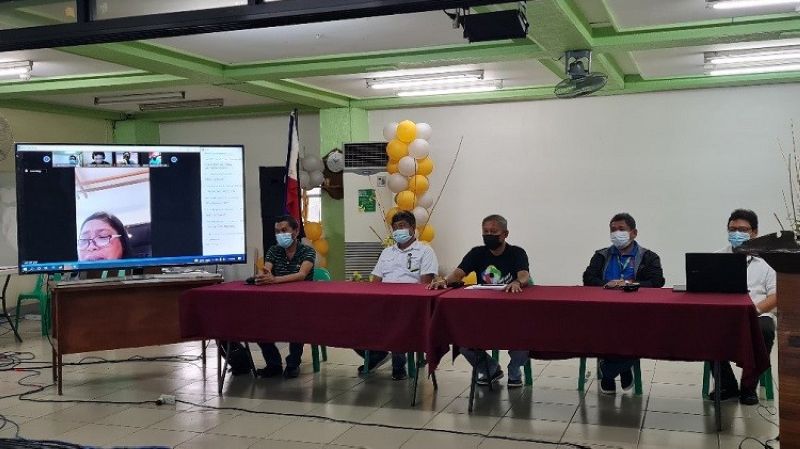 NEGROS. Personnel and members of the Board of Directors of Central Negros Electric Cooperative answer concerns on increases in power rates and outages, among others, during the forum at the utility’s Annex Building in Bacolod City Thursday, September 9, 2021. (EPN photo)

ELECTRIC cooperatives in Western Visayas have attributed to high electricity market prices the increase in their respective power rates since the last three months.

The Electric Cooperatives Association of Region 6 (Ecar), in a statement Thursday, September 9, 2021, said they are greatly affected by the high market cost which translated to higher power rates since June this year.

The DSM charges are the only portion on the electricity bill collected by the cooperatives to sustain its services and operations, they added.

For Ceneco, for instance, the power distribution utility earlier announced an increase of almost P2 per kilowatt-hour (kWh) in its residential rate for August.

The cooperative caters to the largest number of electric consumers in the province including the cities of Bacolod, Bago, Talisay and Silay, and the towns of Murcia and Don Salvador Benedicto.

The utility explained that its generation charges actually increased by 24.16 percent.

Pondevilla earlier said there is also a preventive maintenance schedule by Palm Concepcion Power Corp. (PCPC) from July 8 to August 10, 2021, which caused Ceneco to source from Wesm.

The increase is also attributed to the implementation of Kepco Salcon Power Power Corp. (KSPC)’s 24-megawatt power supply agreement (PSA) rate at P5.8288 per kWh as compared to the time of use pricing (TOU) last month at P3.5639 per kWh.

This is equivalent to P2.2649 per kWh increase, the cooperative added.

As this developed, Ceneco held a forum at its Annex Building in Bacolod City Thursday, September 9, attended by the management and various stakeholders.

Jojit Yap, president of Ceneco, said the cooperative wanted to explain the dynamics as to the hows and whys of the rate increase as well as the occurrence of power outages.

Yap said this is also to debunk misinformation as if it is being deliberately done by Ceneco Board and management.

“We will be sending letters to all local government units catered by Ceneco to help us in our appeal with the National Electrification Administration, Department of Energy, Energy Regulatory Commission and Philippine Electricity Market Corp. to intervene in the continuing price increase of power supply from the spot market,” she said.

The Ceneco official added that “the exorbitant prices is unbearable for the consumers who are also bearing the economic woes brought about by the pandemic.”