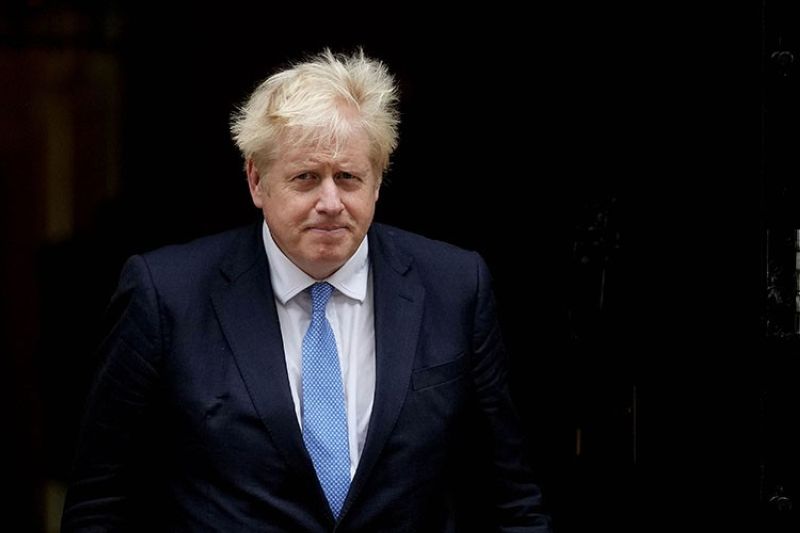 LONDON — The Sept. 11 attackers failed in their aim of making people in open societies live in “permanent fear,” British Prime Minister Boris Johnson said as he marked the 20th anniversary of 9/11.

In a video message due to be played at a ceremony on Saturday, Johnson said the U.S. was “the world’s greatest democracy,” and it was a reflection of its openness that “people of almost every nationality and religion” were among almost 3,000 people killed in the attacks. Sixty-seven British nationals were among those killed when hijacked planes crashed into New York’s World Trade Centre, the Pentagon in Washington and a field in Pennsylvania.

Johnson said the attackers “tried to destroy the faith of free peoples everywhere in the open societies which terrorists despise and which we cherish” — and failed.

“But while the terrorists imposed their burden of grief and suffering, and while the threat persists today, we can now say with the perspective of 20 years that they failed to shake our belief in freedom and democracy; they failed to drive our nations apart, or cause us to abandon our values, or to live in permanent fear,” Johnson said.

“The fact that we are coming together today — in sorrow but also in faith and resolve — demonstrates the failure of terrorism and the strength of the bonds between us.

“Recent events in Afghanistan only strengthen our determination to remember those who were taken from us, cherish the survivors and those who still grieve and hold fast to our belief in liberty and democracy, which will always prevail over every foe.”

Johnson’s message will be played during an event at the 9/11 memorial in London’s Olympic Park. The prime minister plans to mark Saturday’s anniversary at home, his office said. Britain’s ambassador to the United States, Karen Pierce, will attend a memorial ceremony in New York. (AP)