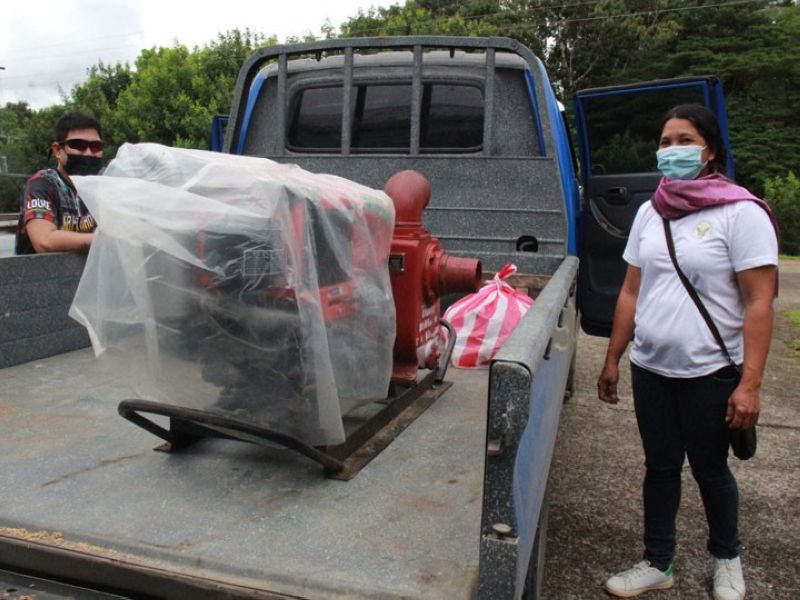 FARM EQUIPMENT. The Department of Agriculture gives on Thursday, September 9, 2021, some P811,160 worth of farm equipment to five qualified farmer’s associations in Zamboanga Sibugay province. A photo handout shows two members of a beneficiary-association posing for a souvenir picture as they received an open-source pump. (SunStar Zamboanga)

THE Department of Agriculture (DA) announced that five qualified farmer’s associations in Zamboanga Sibugay province received some P811,160 farm equipment from the agency under its corn program.

Cedeño said the farm equipment consisted of one cassava chipper, one cassava grater with presser, one collapsible dryer, one hammer mill and an open-source pump.

Cedeño said the post-harvest facilities will support the farmer-beneficiaries in their corn farming and cassava production for lesser production costs paving way for a better income.