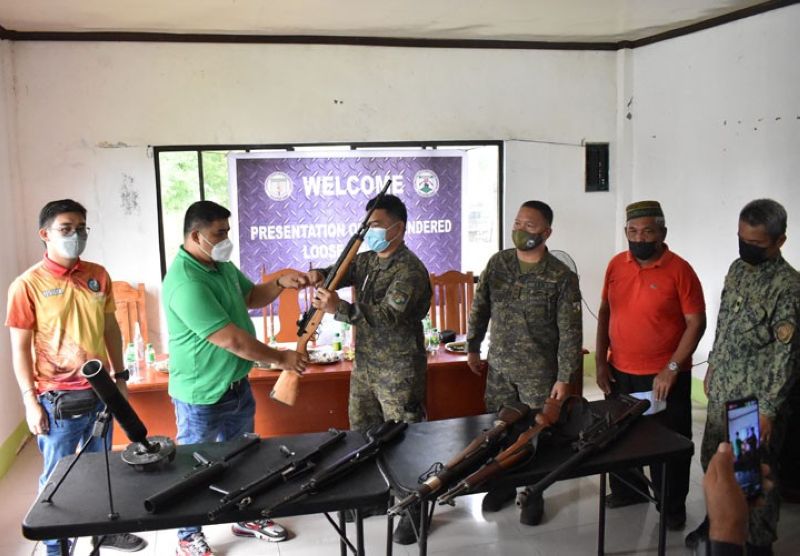 “I applaud the efforts of the local government officials, our stakeholders, and the people of Talitay for their support to our persistent campaign against the proliferation of loose firearms,” Balisi said.

The firearms that were surrendered include a 60-millimeter mortar, one M-14 rifle, two Garand rifles, one Carbine rifle, one Barrette Sniper rifle, one shotgun and one M-79 grenade launcher.

The firearms were voluntarily surrendered by the residents of Talitay through the intercession of other stakeholders of the municipality and the municipal government itself.

“With the overwhelming support from the local government units and other sectors in central Mindanao, we vow to sustain our campaign against unlicensed firearms,” said Major General Juvymax Uy, Joint Task Force-Central commander.

“Let us continue to converge to destroy all implements of violence and end hostilities in the area,” Uy added. (SunStar Zamboanga)