Duterte to probe senators for irregularities 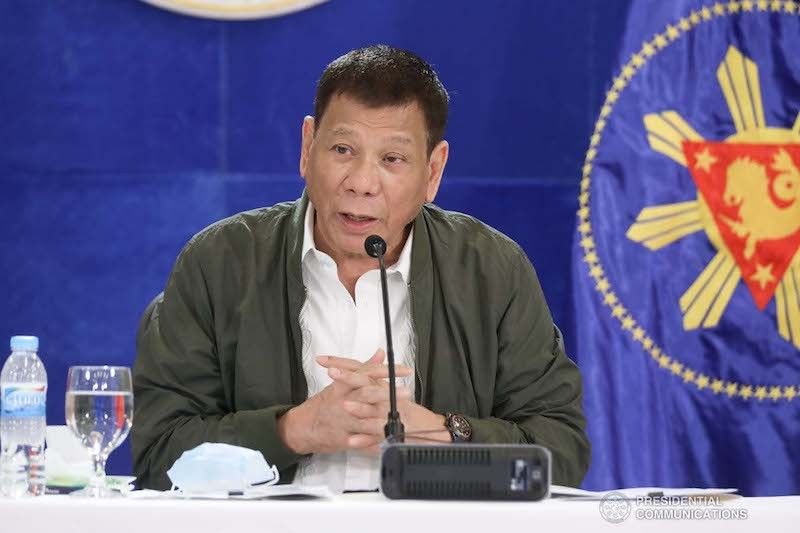 PRESIDENT Rodrigo Duterte said he will also look into the activities of the senators and hunt for irregularities to get back at them for investigating the use of coronavirus disease 2019 (Covid-19) pandemic response funds.

He repeated his declaration that he will immediately resign if corruption allegations are proven. In response, Senator Richard Gordon said Duterte should have resigned when former Immigration officials were convicted of bribery, and a former police chief and a former Customs chief were implicated in the illegal drugs trade.

In his public address Saturday, September 11, 2021, Duterte said he will begin his hunt for irregularities with Senator Richard Gordon, chairman of the Senate blue ribbon committee that is conducting the investigation.

“I am sure I will find plenty (of irregularities),” Duterte said.

He also threatened to stop all government transactions with the Philippine Red Cross (PRC), a non-government organization chaired by Gordon, if the latter does not terminate the investigation into the Department of Health (DOH) deficiencies in the use of pandemic funds.

The Senate investigation has uncovered the link between Yang and Pharmally.

The P8.68-billion contract was awarded by the Procurement Service of the Department of Budget and Management (DBM), which sourced the supplies using a P42 billion fund from DOH.

Duterte on Saturday, September 11, defended Yang, saying it is natural for him to get involved in the transaction since he is a businessman.

“What is clear is that there was a contract, there was delivery, kumpleto lahat ng specifications at quality, quantity and all. Tapos after delivery bago pa nagbayad ang Pilipinas," he added.

Duterte repeated his call for the Senate blue ribbon committee to stop its investigation on the matter.

In response, Gordon and Drilon in separate statements said Duterte’s threats are merely a distraction from the issue.

Gordon urged the President to let them continue their investigation for the benefit of the Filipino people.

On the President’s offer to resign, Gordon said it should have been done years ago.

He was referring to former Immigration deputy commissioners Al Argosino and Michael Robles, who were convicted by the Sandiganbayan over a P50-million bribery case and former PNP chief Oscar Albayalde who was implicated in the illegal drugs trade.

Gordon also took a swipe at Duterte for not taking action against former Customs commissioner Nicanor Faeldon, who was implicated in the illegal entry of P6.4 billion worth of illegal drugs from China.

He urged Duterte not to drag the PRC into the issues currently hounding the administration. (SunStar Philippines)