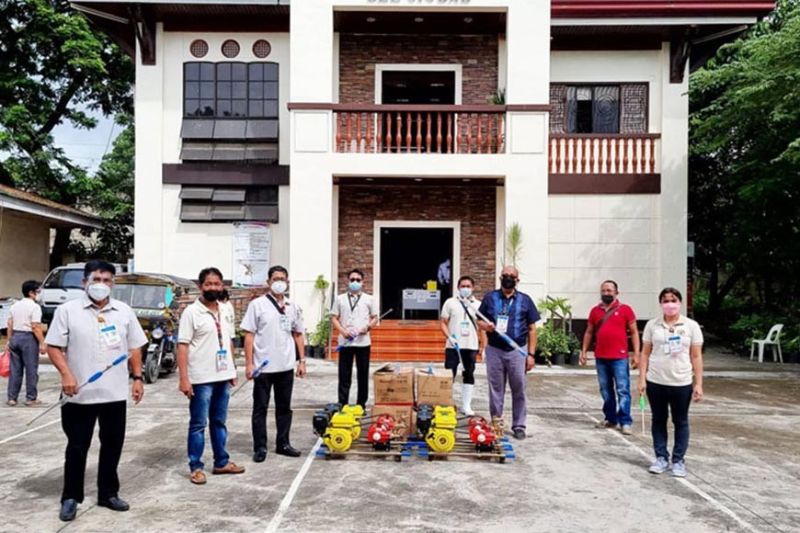 ANTI-ASF CAPABILITY. The Department of Agriculture (DA) turns over four units of hand sprayers to the Office of the City Veterinarian (OCVet) as part of its support in the prevention program of African Swine Fever and other Transboundary Animal Diseases in this city. A photo handout shows personnel of DA and OCVet in a photo session during the turnover of the sprayers at the OCVet office in San Roque, Zamboanga City. (SunStar Zamboanga)

THE Department of Agriculture (DA) has turned over four units of hand sprayers to the Office of the City Veterinarian (OCVet) as part of its support in the prevention program of African Swine Fever (ASF) and other Transboundary Animal Diseases.

Dr. Mario Arriola, OCVet chief, expressed deep gratitude to the DA for continuously collaborating and supporting his office in a bid to maintain this Zamboanga City as an ASF-free city.

Arriola said they have identified initial interventions that would assist in the prevention and control of ASF.

He said one of the interventions is the strict border watch to ensure that the livestock being shipped into this city are ASF-free.

The ASF is a highly contagious, generalized disease of pigs caused by an Iridovirus of family Asfarviridae that exhibits varying virulence between strains and is very hardy to physical and chemical inactivation.

The agent can remain viable for long periods in blood, feces and tissues. It can also multiply in its vectors.

It most commonly appears in the acute form as a hemorrhagic fever. Subacute and chronic forms of the disease also exist. (SunStar Zamboanga)