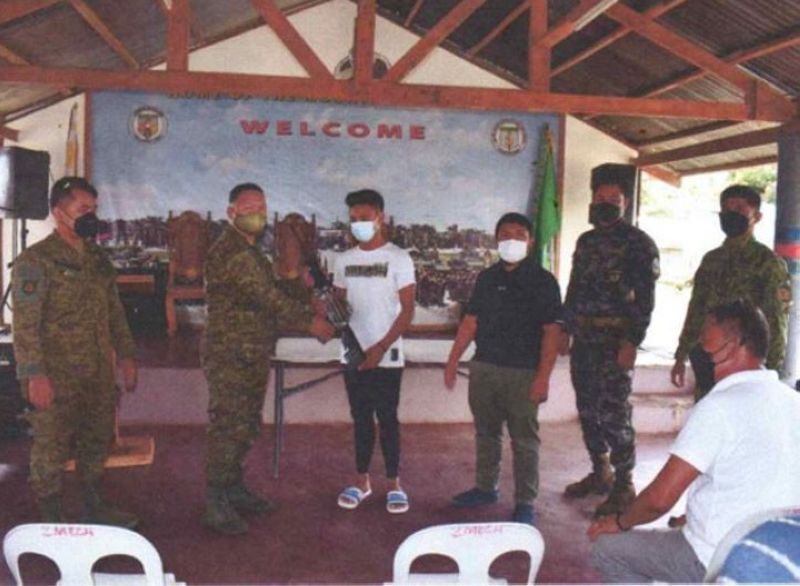 SURRENDER. The number of Bangsamoro Islamic Freedom Fighters (BIFF) that surrender increase to 105 as another BIFF member yields last week to military authorities in Datu Anggal Midtimbang, Maguindanao. A photo handout shows the BIFF surrenderer handing over his M-16 rifle to a military official when he surrendered to live a peace life with his family. (SunStar Zamboanga)

THE number of Bangsamoro Islamic Freedom Fighters (BIFF) that surrendered increased to 105 as another BIFF member yielded to military authorities in Central Mindanao, officials said.

Ponio said Badrul, who belongs to the BIFF-Karialan faction, handed over his M16 rifle to the troops.

He said Badrul decided to surrender to return home, live a peaceful life with his family, and be a productive citizen of this country.

He said Badrul also vowed to cooperate with the government to make Maguindanao a peaceful place to live.

With the current surge in the capitulation of the BIFF members, Major General Juvymax Uy, Joint Task Force (JTF)-Central commander, expressed optimism in winning the peace in Maguindanao.

“The help and assistance of the provincial and municipal local government units of Maguindanao are very significant in making the entire province of Maguindanao peaceful and a safer place to live in,” Uy said.

He also added that the Agila-Haven program of the province of Maguindanao is vital in drawing former BIFF and Daulah Islamiyah combatants back to the folds of the law.

“We welcome the continuous surrender of BIFF members as indicative of the sustained efforts of the military to compel the combatants to yield to the troops in our area of operation,” Ponio said. (SunStar Zamboanga)