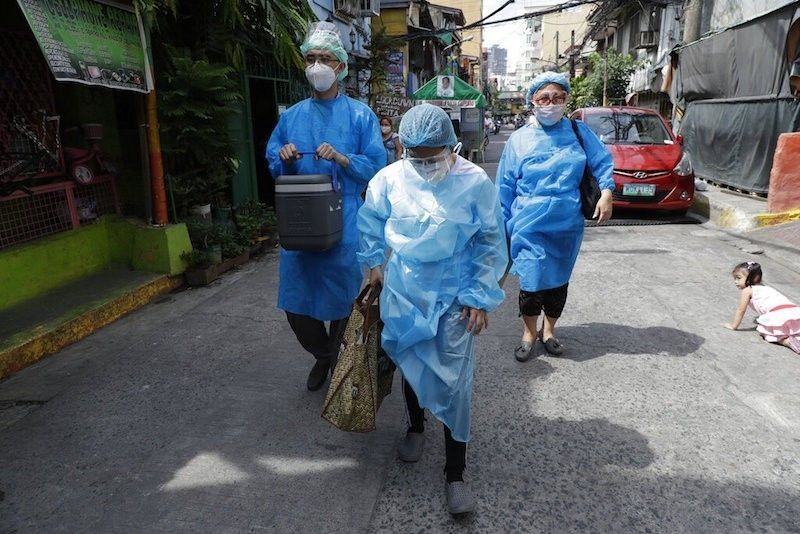 (UPDATED) The Department of Health (DOH) on Monday, September 13, 2021, reported an additional 640 cases of coronavirus disease 2019 (Covid-19) with the Delta variant, more than double the number reported a week ago.

The additional 640 Delta cases comprised over 85 percent of the 748 coronavirus-positive samples sequenced by the University of the Philippines Philippine Genome Center (UP-PGC) over the past week. The PGC also detected an additional 28 Beta cases, 24 Alpha cases and five P.3 cases.

The Delta variant (B.1.617.2), which first emerged in India, is the most contagious among the Sars-CoV-2 variants of concern, with an infected individual infecting up to eight others. It was first confirmed in the Philippines in May 2021. The first local cases were reported in July 2021 and local transmission was confirmed in the National Capital Region (NCR) and Calabarzon a month later in August 2021.

The Alpha (B.1.1.7) and Beta (B.1.351) are also variants of concern while the P.3, which was first found in the Philippines, is a variant under monitoring.

Of the additional 640 Delta variant cases, the PGC said 584 were local cases, 52 were returning overseas Filipinos (ROF), and four were still being verified whether local or ROF.

Of the additional 640 Delta variant cases, 584 were local cases, 52 were Returning Overseas Filipinos (ROF), and four cases are currently being verified if these are local or ROF cases.

Based on the case line list, three cases are still active, 13 cases had died, while 624 cases have been tagged as recovered.

An additional two cases indicated an address in the Bangsamoro Autonomous Region in Muslim Mindanao. All 17 regions already have Delta cases.

Of the additional 24 Alpha variant cases, 23 were local cases and one was an ROF. Based on the case list, one case died while 23 cases have been tagged as recovered.

All the additional 28 Beta variant cases were local cases. All have also recovered.

The five additional P.3 cases were also local and have been tagged as recovered.

Meanwhile, the UP-PGC also announced that it has scaled down reverse transcription polymerase chain reaction (RT-PCR) testing for Sars-CoV-2 and shifted its resources to whole genome sequencing beginning September 9.

The shift will double the PGC's sequencing capacity to 1,500 samples per week and enable the detection of more coronavirus variant cases in the country, DOH Undersecretary Maria Rosario Vergeire said.

Prior to the shift, the PGC had been conducting 150 to 200 RT-PCR tests a day, contributing 0.45 percent of the samples tested and 0.83 percent of the positive test results on a cumulative basis.

After the shift, the PGC will conduct only up to 50 RT-PCR tests a day.

With the additional 748 samples in the latest sequencing run, the UP-PGC has now sequenced 13,782 coronavirus-positive samples, which comprise around 0.618 percent of the 2.2 million Covid-19 cases in the country as of September 12. (Marites Villamor-Ilano / SunStar Philippines)