Gilas has to make adjustments with exodus of players to Japan, says Baldwin 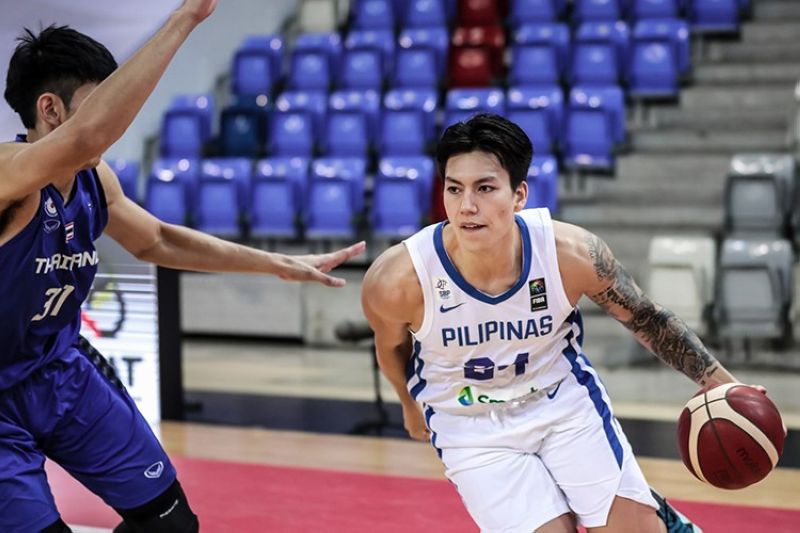 Gilas head coach Tab Baldwin said that adjustments have to be made in the wake of the exodus of players, which includes ace wingman Dwight Ramos, to the Japanese pro league. (FIBA)

Gilas men’s basketball team head coach Tab Baldwin shared that he and the rest of the brain trust of the team have to make adjustments in the wake of the departure of numerous national players to Japan where they will play in the B.League.

The latest player to turn pro was Gilas ace Dwight Ramos who signed on to play for Toyama.

“It changes his status as a Gilas player but we have to move on,” said Baldwin in an article on Tiebreaker Times. Ramos will be joined in the B.League by the likes of fellow Gilas players Juan and Javi Gomez de Liaño, Kemark Cariño, Kobe Paras, and LeBron Lopez.

Baldwin said the Gilas players who are playing in Japan will now be classified the same as their PBA counterparts, which means their inclusion in the Gilas squad for future competitions will depend on their availability to join an extended training camp.

“As coaches, we have to do what is best for the program. Do talent and skill justify them coming in with short preparation time? Do we as a coaching staff give that player the same consideration as we do with our full-time players? We have to answer that question at the right time,” Baldwin explained.

Recent results have shown that with ample preparation time, the Gilas can do impressive things such as sweep the rest of their games in the FIBA Asia Cup qualifiers and go toe-to-toe with world basketball powerhouse Serbia in the FIBA Olympic Qualifying Tournament.

“We have to measure their values to Gilas based on two factors — chemistry and culture. We can easily add talent over chemistry but that might affect the results. It’s an extremely difficult assessment we have to make for every single player,” continued Baldwin.

It’s a tough call that Gilas’ decision-makers will ultimately have to make.

“There’s no defined formula for this. It is a ridiculously tough job but that’s the job.” (JNP)