Over 6,000 oxygen tanks needed in Davao 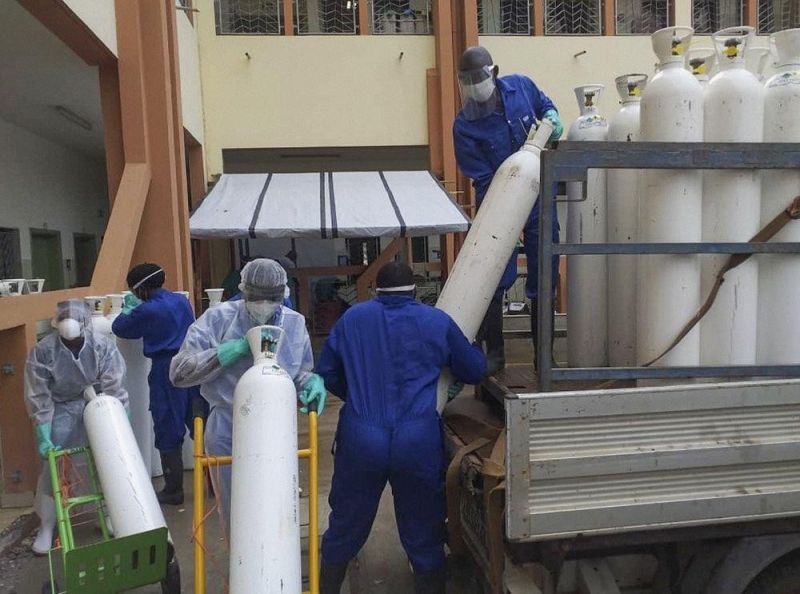 DAVAO Region will be consuming 6,805 oxygen tank cylinders per day during a Covid-19 surge in the region, the Department of Health-Davao Region (DOH-Davao) reported.

Dr. Raquel Montejo, DOH-Davao Local Health Support Division chief, said in a virtual presser on Monday, September 13, that the figure is based on their surge plan that they submitted to the national government.

Montejo said based on their inventory of oxygen supply from both the local government units (LGU) and the private hospitals with no own oxygen generating plant and are relying on manufacturers, the region has an average daily available supply of 2,718 oxygen tank cylinders. These LGUs and hospitals are consuming an average of 2,062 tanks daily. With this, she said there is still a gap of 4,087 tanks if the Covid-19 surge in the region continues to peak.

Montejo said DOH-Davao has already procured additional oxygen tanks, which will be distributed in the region’s temporary treatment and monitoring facilities (TTMF) and hospitals.

Based on the meeting with the Health Facility Development Unit, the official said the region currently has four suppliers that can produce three times more than the current supply of oxygen tank supply. But, she said, the region has problems in terms of cylinder tanks.

Montejo said they are currently monitoring the oxygen supplies in different hospitals, including those that don’t have oxygen generating plants.

She said only a few hospitals have their own oxygen generating plants, including the Southern Philippines Medical Center, Davao Doctors Hospital, and Davao Regional Medical Center.

Hospitals with oxygen generating plants have the capacity to daily production of a maximum of 5,583 tanks per day, while average daily consumption is at 2,718 tanks, the official said.

Montejo, however, said these hospitals are still in need of tanks and cylinders especially in their emergency rooms, and patients in need of oxygen at their triages.

“For those oxygen generating plant [hospitals], sufficient since they generate O2 but they still need tanks, cylinder,” she said.

Different LGUs in the region, including Davao City, Davao del Norte, and Davao Oriental, are planning to set up their own respective oxygen plants.