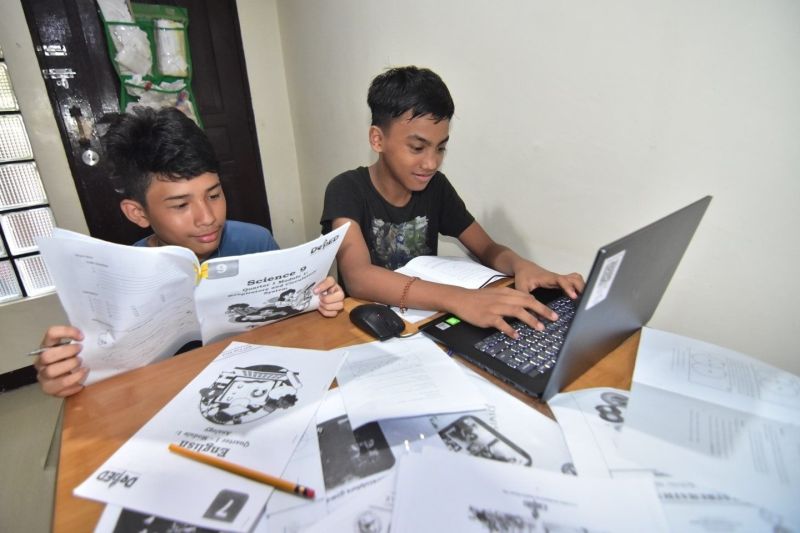 AMID the continuing threat of the Covid-19, the opening of the school year (SY) 2021-2022) kicked off Monday, September 13, with nearly 1.2 million students in Davao Region enrolled, the Department of Education (DepEd) regional office reported.

DepEd-Davao spokesperson Jenielito Atillo said in a radio interview on Monday that they are expecting a total of 1,176,606 basic education students enrolled in both public and private schools to go back to school.

He said while the current number of enrollees has not yet surpassed last year’s figure of 1,289,331, he said it is still “very good data” as many parents enrolled their students for this school year.

“Nagstart ang klase last year, gamay pa lang ang nagpa-enroll. Pero nidagan ang bulan, nisaka ang enrollees. Karon, paspas ang pagsaka sa atong enrolment. Unta malampasan pa ang data last year (There were few enrollees when we started our classes last year. But as the months passed by, our enrollees increased. For the current school year, we noted that there was an uptick in enrollment. We hope we will be able to surpass our data last year),” Atillo said in an interview on 87.5 FM Davao City Disaster Radio.

He said they are expecting more enrollees for the academic year as they continue to accept enrollees this week.

This will be the second year that DepEd will implement the learning distance modalities as face-to-face (F2F) classes remain suspended amid the continuing threat of the Covid-19 pandemic.

But Atillo said their office already prepared schools in the region, which they deemed ready, for the gradual resumption of the F2F classes.

He said, though, they would still wait for the go-signal from the national government.

He said the selection of schools for the pilot F2F depends on the qualifications set by DepEd. These include the approval of the local government unit (LGU) and the parents. He also said the area must be low risk or has zero recorded Covid-19 cases. The schools' facility must also be prepared by setting up a quarantine site in case a student or school personnel will manifest flu-like symptoms linked to Covid-19.

“Dili ing-ana kadali kung magdeklarar kita ug magpili ta og usa ka eskwelahan nga pwede natong i-apil para sa pagpangandam sa face-to-face... kung matugutan na ta nga mag face-to-face. Pero sa pagkakaron, wala pa gyud (It is not easy to declare and select a school we could include in our preparation for the face-to-face classes, if we will be allowed already. But for now, it is still not being pushed through for now),” Atillo said.

The official said DepEd is “more prepared” for this year’s school opening as they have made improvements. Among these is the improvement of the distribution of teaching modalities.

He admitted that the pilot implementation of the blending learning was challenging for the education department. He added that the teacher’s workload had increased.

DepEd-Davao led the regional kick-off of the opening of classes at the Sto. Tomas Central Elementary School Sped Center in Davao del Norte.

DepEd Regional Director Allan Farnazo said during the opening program that they are optimistic that they would be able to beat last year’s figure.

Farnazo admitted that while they experienced several challenges, like the production of the learning modules, they were still able to deliver them successfully.

He expressed optimism that the current school year will be successful.

“The men and women of DepEd region 11, we will commune to a vibrant, vigorous, and victorious school year 2021-2022,” Farnazo said.