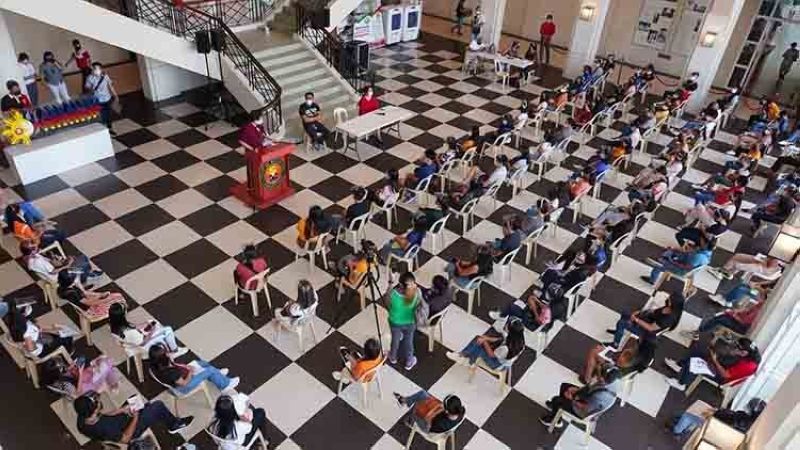 The Bacolod City government has distributed P2.38 million worth of subsidy to 119 scholar-grantees under the Tertiary Education Subsidy (TES) at the lobby of the Bacolod City Government Center yesterday, September 13.

Of the 119 student-grantees, 60 are from Bacolod, while the others are from various cities and towns of Negros Occidental.

Mayor Evelio Leonardia led the distribution to the scholars who are all students of the Bacolod City College (BCC).

"Use your TES correctly, rightly, judiciously and wisely. Not all students will get the same benefits. To those much is given, much is also expected. So do not waste it for gambling," Leonardia told the students.

He also advised the students to stay away from other vices such as drinking (alcoholic beverages), drugs and other unnecessary things.

Each grantee received P20,000 which they will utilize for their school needs for the first semester of school year 2020 to 2021 on top of their free tuition and other benefits, BCC Administrator Dr. Johanna Ann Rabago-Bayoneta said.

In May this year, she said, 174 BCC grantees each received P40,000 representing their subsidy for two semesters covering the school year 2019-2020.

The TES is provided for under Republic Act 10931 or the Universal Access to Quality Tertiary Education.

It is a grant-in-aid program of the government that is being implemented by the Commission on Higher Education and the Unified Financial Assistance System for Tertiary Education or Unifast.

"This is for your future. Once you have received your TES money, use it wisely. Do not use it for gambling because gambling will make your lives miserable," Leonardia said.

He said many BCC scholarship-grantees used the financial subsidy they got from the government to buy either a laptop or mobile phone which is an essential tool for the blended learning system while face-to-face classes are still banned. (PR)