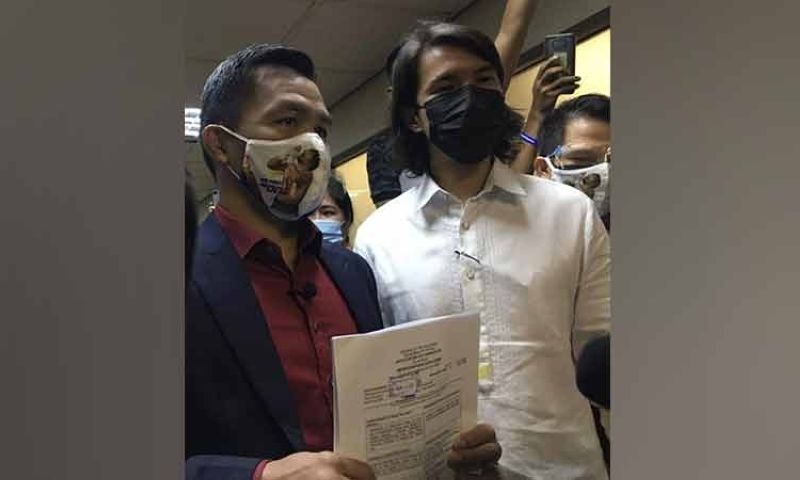 SENATOR Emmanuel Pacquiao on Tuesday, September 14, 2021, filed libel and cyber-libel charges against Kingdom of Jesus Christ founder Pastor Apollo Quiboloy who claimed that the senator misused public funds for a project in his hometown in Sarangani province.

Pacquiao filed his complaint before the Makati Prosecutor’s Office, accusing Quiboloy of “using his power and influence to spread fake news and false information.” Pacquiao is seeking P100 million in damages plus attorney’s fees.

“He used this deliberate falsehood to brainwash the minds of the Filipino public, recklessly propagating lies to blacken the image and reputation of an honest public servant. He even had the audacity to quote the Holy Scripture in furtherance of his lies, misleading his flock, and confusing the public, with the end in view of blackening another’s reputation,” the complaint reads.

“His statements, as outlined below, are far from hollow. They are criminal in nature and cannot go unpunished,” it added.

Pacquiao’s complaint stemmed from a video clip posted on social media, which showed Quiboloy saying that Pacquiao funded the unfinished Sarangani Sports Training Center for P3.5 billion. He showed the dilapidated bleachers and overgrown grass in the facility.

Quibuloy, a staunch supporter of President Rodrigo Duterte, said during his appearance on his television station SMNI and on social media that Pacquiao was himself involved in corruption.

Quiboloy released the video after Pacquiao said there was widespread corruption in government.

Pacquiao said the P3.5 billion mentioned by Quiboloy was appropriated for the Philippine Sports Training Center in Bataan. He said he has nothing to do with this.