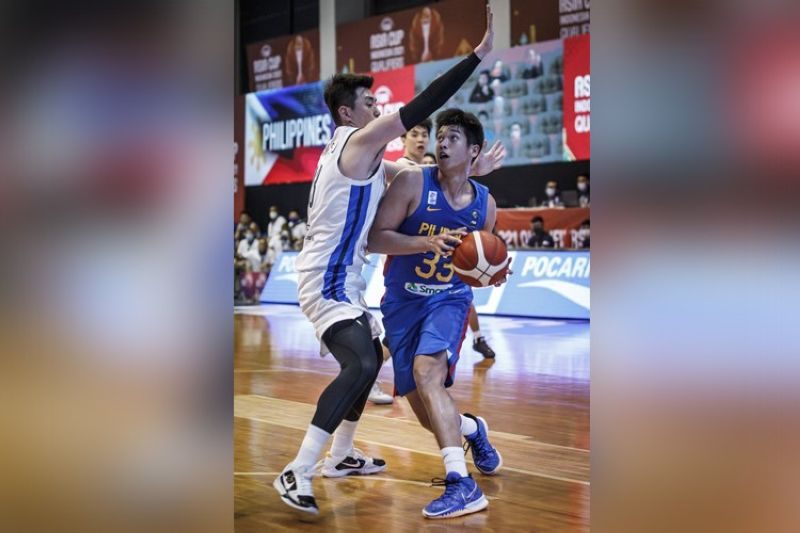 Cebuano forward Carl Tamayo received high praise from Cavite Governor and University of the Philippines Fighting Maroons benefactor, Jonvic Remulla, who called the Gilas standout as “the most talented basketball player to come out of high school in the last 35 years.”

In an article on the website, Spin.ph, Remulla shared that the Talisay City native just might be the second coming of PBA legend and former Rookie of the Year-MVP, Benjie Paras, who led the Fighting Maroons to the UAAP title in 1986.

"I can honestly say that Carl is the most talented basketball player to come out of high school in the last 35 years," Remulla said. "Not since Benjie Paras have we seen such a package that Carl offers and has shown at such a young age."

Indeed, Tamayo has shown he is capable of banging with the big boys despite his young age. He proved that during his stint for the Gilas men’s national basketball team in the FIBA Asia Qualifyers where he averaged 8.0 points and 2.5 rebounds to go with an assist and a steal in just 11 minutes of action in the two games he played. He also had good performances at the FIBA Olympic Qualifying Tournament in Serbia and the King Abdullah Cup in Jordan.

With Tamayo on the Fighting Maroons, Remulla could not help but think of the possibility of the school finally ending its long UAAP title drought, especially with their recent recruitment coup that includes Tamayo’s teammates at National University-Nazareth School, Gerry Abadiano and Terrence Fortea.

"I think he will be part of a UP championship run of at least three trophies, with him leading the charge," Remulla shared.