Oxygen plant in city may not happen soon 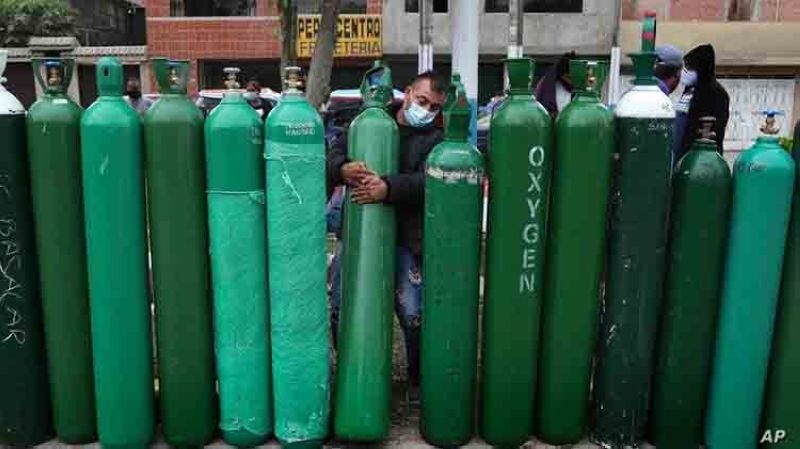 Oxygen plant in city may not happen soon (AP photo)

AS Davao City is currently facing shortage of oxygen tank supply, Mayor Sara Duterte-Carpio revealed that the construction of the oxygen plant in Davao City will not be happening anytime soon due to “procedural requirements of government procurement."

Duterte-Carpio said in an interview on Monday, September 13, 2021, that the establishment of the oxygen plant is in response to the surge of Covid-19 cases in the city, reportedly due to the emergence of the highly-infectious Delta variant.

The mayor said securing ample medical oxygen supply in the city is among the local government's response to the rising number of cases, resulting in the higher demand of oxygen tanks.

The breakdown for the P23-million oxygen supply fund is composed of P12 million for the purchase of 1,000 oxygen tanks with regulators for the mobile surgical unit and P11 million for the establishment of an oxygen plant complete with accessories and warehouse.

The mayor said the planned oxygen plant would rise near the city government-run slaughterhouse in Barangay Ma-a.

Despite the recent approval of the ordinance, the mayor said the construction of the oxygen plant is not happening anytime soon.

The mayor said this is evident in the city government's Covid-19 response more than a year since the pandemic started.

The mayor said they are bound to the limits on the procedural process set by the government.

With this, the mayor declined to give a timeline for the completion of the plant.

Due to the rising Covid-19 cases in the city, Duterte-Carpio admitted there is a shortage of oxygen supply.

The mayor added that the FDA revealed that one ingredient in manufacturing of oxygen is depleted, which may result in the delay of supply.

She said this is evident as some hospitals in the region, including Southern Philippines Medical Center and Davao Regional Medical Center, are experiencing challenges in oxygen supply.

Duterte-Carpio reiterated that the current Covid-19 situation in the city is not a “conspiracy.” In addition, she reiterated her call to the public to have themselves vaccinated once it is their turn.

As of September 13, the Department of Health-Davao Region reported a total of 33 Delta cases were from Davao City.

Health experts suspected the Delta variant as one of the factors of the uptick of cases, resulting in the overwhelming hospital admission.

Dr. Raquel Montejo, DOH-Davao Local Health Support Division chief, recently revealed that the region is in need of 6,805 oxygen tank cylinders per day during a Covid-19 surge in the region.

Montejo said based on their inventory of oxygen supply from both the local government units (LGU) and the private hospitals with no own oxygen generating plant and are relying on manufacturers, the region has an average daily available supply of 2,718 oxygen tank cylinders. These LGUs and hospitals are consuming an average of 2,062 tanks daily. With this, she said there is still a gap of 4,087 tanks if the Covid-19 surge in the region continues to peak. (RGL)