Study for 4th bridge on hold 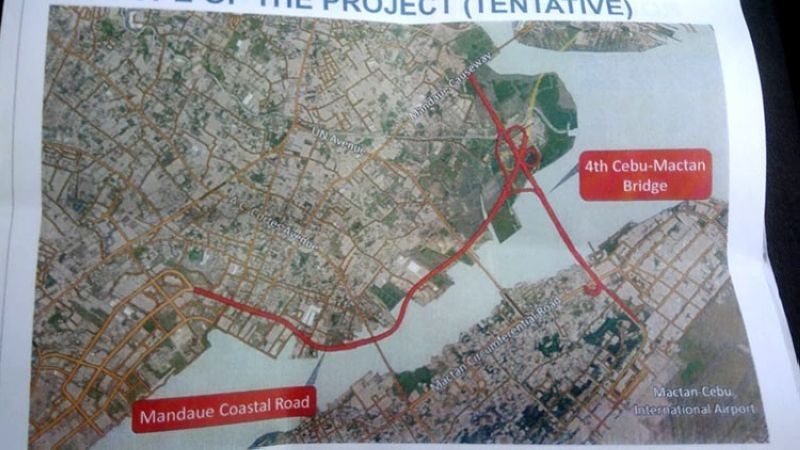 THE detailed engineering design (DED) study for the P76.412 billion proposed fourth Cebu-Mactan Bridge has been put on hold pending a visit by the Department of Public Works and Highways (DPWH) 7 and Japan International Cooperation Agency (Jica) to the proposed site of the bridge landings.

This was the consensus reached in an online consultative meeting last Sept. 10, 2021, which was attended by DPWH and Jica representatives as well as private stakeholders from General Milling Corp., Marina Mall and Island Central Mall.

The Unified Project Management Office (Upmo) of the DPWH agreed with the Jica consultant, Oriental Consultants Global Co. Ltd., to visit the project site in the next two to three weeks.

Operators of business establishments affected by the project said they were surprised to learn that the DED was being conducted without any site inspection or consultation.

“Why has this gone on when on our last meeting with the RD (DPWH 7 Director Edgar Tabacon) as well as the Jica representative, they said that they would come and visit so they could listen to what we were saying and make actual inspection. But apparently, what you are saying, they just proceeded without bothering to listen to these objections,” Efrain Pelaez Jr., operator of Mactan Marina Mall, said during the meeting.

Pelaez’s group said this would not only affect their establishments, but would also cause a traffic bottleneck.

They proposed to locate the bridge landing in a vacant lot in northwestern Ibo between Shemberg Food Ingredients Corp. and East Asia Utilities Corp. based on alignment option 4.

The site is about 1.2 kilometers (km) north of the airport road, where the Mactan Circumferential Road arcs, a location also pushed for by the Lapu-Lapu City Government, according to City Planning and Development Coordinator Perla Amar.

Ohashi said a change in alignment would raise the project cost because of the expenses incurred in adjusting the length of the bridge.

“So, overall, we finally recently agreed to option 1, but it is going to be eventually connected to the coastal road so the traffic issue that the City claims or is worried about is not caused by our construction,” Ohashi said.