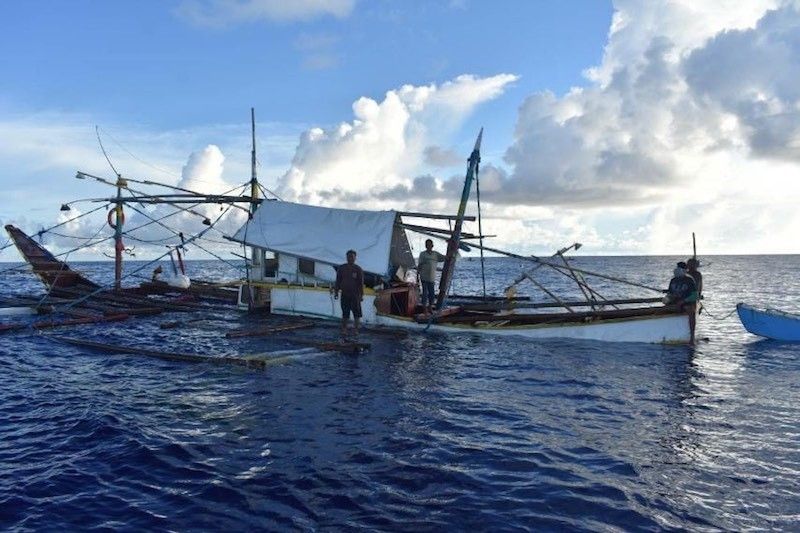 THE Philippine Navy on Wednesday, September 15, 2021, said its personnel have rescued Filipino fishermen from a sinking vessel in the vicinity of Benham Bank in the Philippine Rise.

Half of the boat, FV Mr. Kupido, was already submerged when the rescuers arrived on Tuesday, September 14.

The crew said they had been trying to keep the vessel afloat for two days before they were rescued.

The Navy identified the rescued Filipino fishermen as Jayson R. Buheda, boat captain, and his crew Legazpi Villanueva, Christopher M. Querez, Mario Burod, Armando Mise and Tony C Reyes. All are from the province of Quezon.

They were provided with clothes, food and medical assistance.

The Navy said BRP Andres Bonifacio was conducting territorial defense operations in the eastern seaboard of the Philippines when it received a distress call from FV Gabriel 3 about the sinking boat.

Based on the accounts of the crew, their fishing vessel encountered big waves that damaged its outrigger and punched a hole on its freeboard. (Third Anne Peralta-Malonzo / SunStar Philippines)