Infections fall below 20,000 for 2nd day as tests remain low 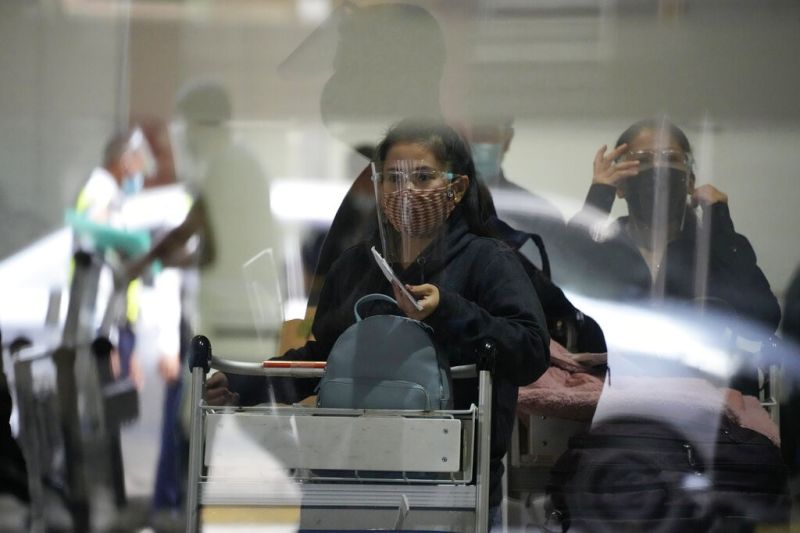 MANILA. Passengers wait for their ride as they arrive at Manila's International Airport on Monday, Sept. 6, 2021. (AP)

Deaths from Covid-19, on the other hand, exceeded 200 also for the second consecutive day.

The new cases, which were based on the testing output on September 13, brought the cumulative Covid-19 case count to 2,283,011. There were 44 duplicates, including 32 recoveries and one death, that were removed from the tally.

The daily positivity rate declined, but remained elevated at 25.9 percent. A total of 57,034 samples were tested on September 13, a Monday.

The 214 additional mortalities, which included 135 cases reclassified from recoveries, raised the Covid-19 death toll in the Philippines to 35,742. The case fatality rate remained at 1.57 percent.

Including the new recoveries, a total of 2,076,823 individuals have now recovered from infection.

Meanwhile, the DOH said four of five new cases in the recent two weeks in the National Capital Region (NCR) came from only 11 percent to 30 percent of the barangays in the region.

This analysis supports the shift to granular lockdowns under a new alert system that will be piloted in the NCR Thursday, September 16.

“Additionally, wide scale lockdowns might no longer be effective since data shows that the majority of Filipinos in NCR were mobile during the enhanced community quarantine on August 10 than the previous ECQ last April 2021 as more essential activities and workers were allowed,” said DOH Undersecretary Maria Rosario Vergeire said in a statement.

“The DOH and Fassster find that based on a set of assumptions, total active cases in NCR by September 30 may range from 152,000 to 330,000 cases. This is not cast in stone since lower case projections are achieved when we improve adherence to the minimum public health standards, reduce case detection to isolation time, and increase vaccination coverage even at lower or less restrictive community quarantines,” Vergeire added.

Granular lockdowns will be implemented in households, street, sitio, barangay and condominium buildings instead of city-wide or region-wide lockdowns. (Marites Villamor-Ilano / SunStar Philippines)