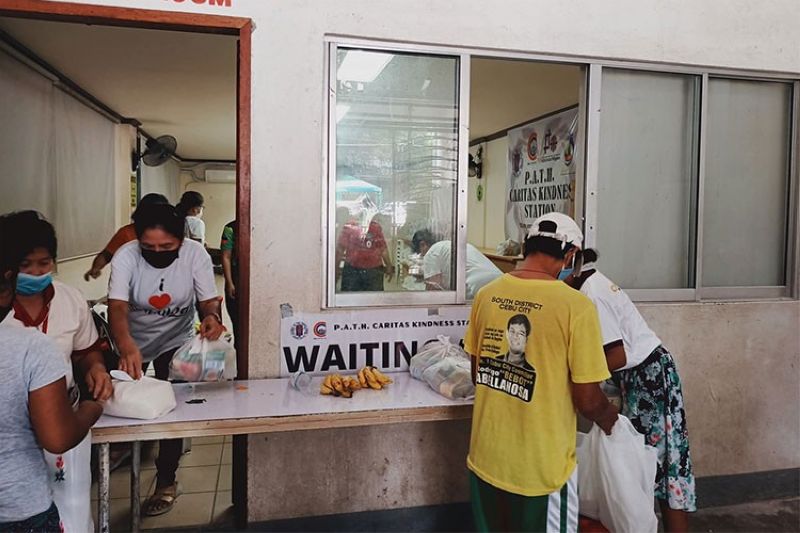 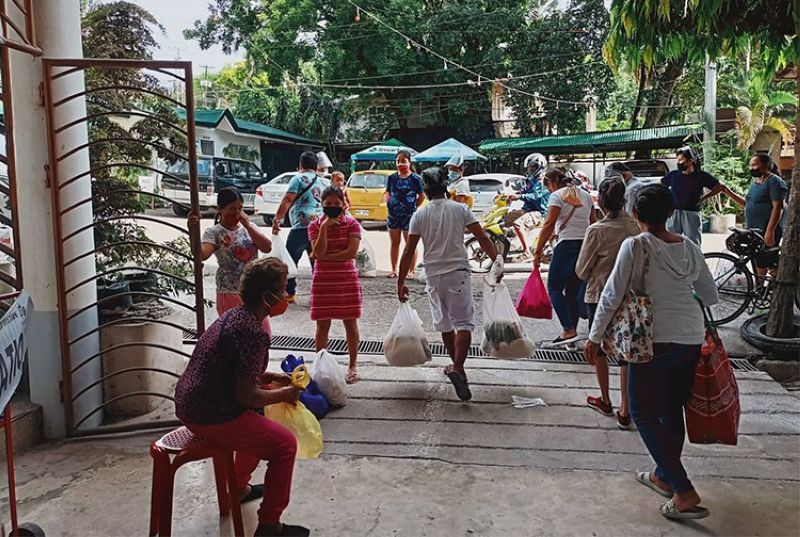 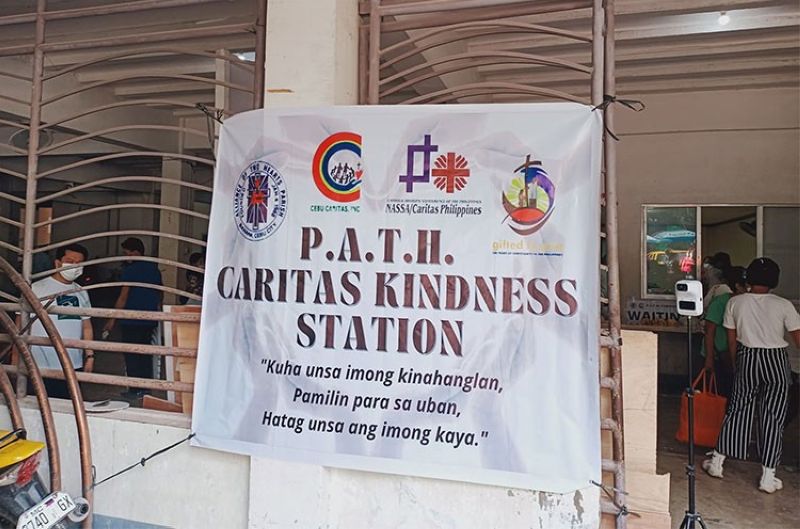 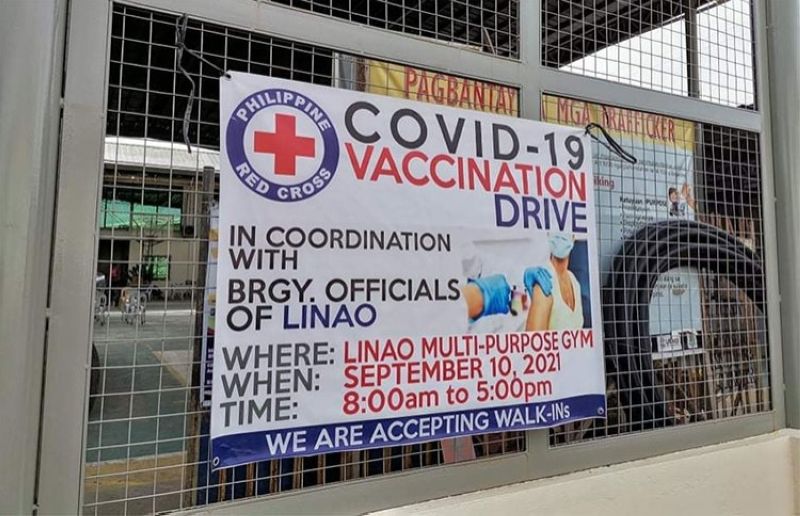 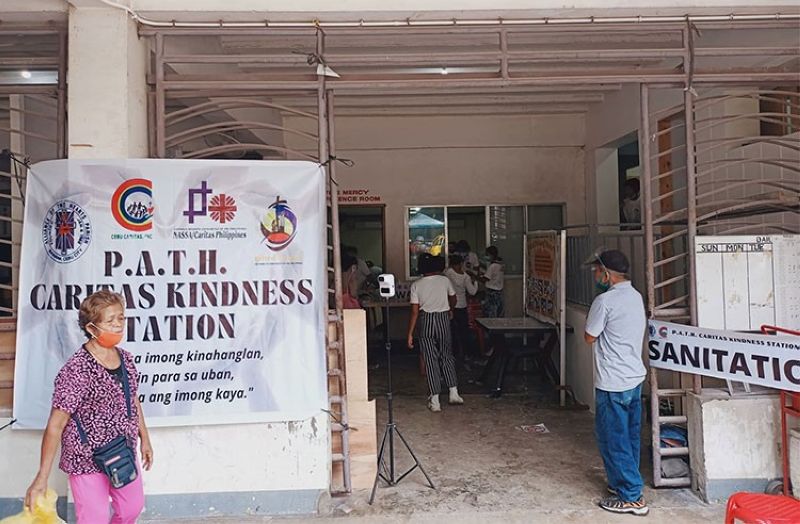 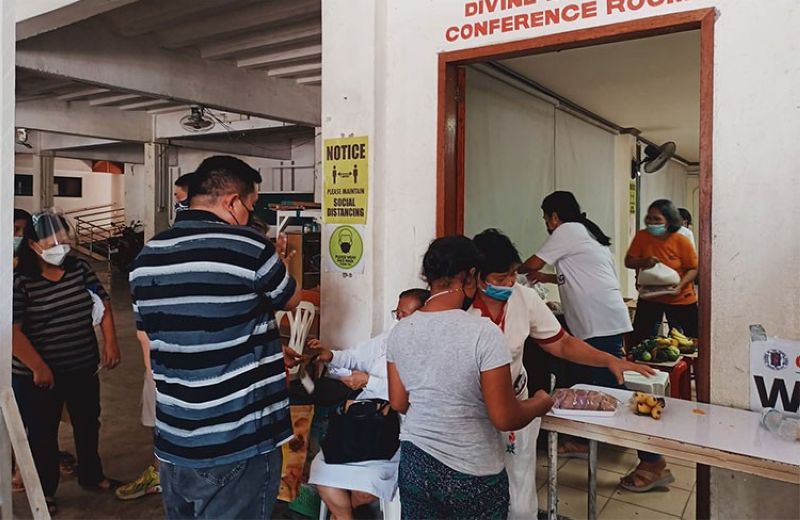 (Take only what you need and leave something for others. Give what you can afford.)

These are the words printed on a tarpaulin hanged on a wall at the Parish of the Alliance of Two Hearts (Path) in Banawa, Barangay Guadalupe, Cebu City, as it reorganized Wednesday, September 15, its community pantry.

The community pantry, labeled “Path Caritas Kindness Station” and set up around 2 p.m. Wednesday, was able to serve 120 parishioners who have been considered the “poorest of the poor” in the community.

Path distributed rice, grocery items, fruits and vegetables, and the beneficiaries were given the chance to choose the goods they want to receive by the next time they will be selected as recipients.

Path was reconstituted with the Parish Pastoral Council last May 2021 and the community pantry started in June this year.

Roberta Verano, of Path Service Commission, told SunStar Cebu that she coordinated with various farmers' associations from the parishes to provide them with fruits and vegetables at low cost.

She said this will help the farmers' livelihood and the community as well.

In order to maintain the minimum public health protocols in this time of Covid-19 pandemic, Verano said they prelisted 120 “poorest of the poor” beneficiaries from 33 chapels of Path.

The poorest of the poor residents were first identified by the chapel leaders and these are people who lost their job, have two or three children in the family, and have family members who have comorbidities, among others.

Verano said they first organized the community pantry by allowing the beneficiaries to shop the goods they needed from June to July, but this was modified to prevent the possible transmission of coronavirus.

She added that aside from grocery items, the beneficiaries last month were able to get over-the-counter medicines and vitamins. The vitamins and medicines, however, have already ran out.

She said the 120 residents were given coupons before they could go to the venue, and they were given the chance to choose for the things they want to receive next time through a "Wish Ko Lang" board, wherein they need to put three paper hearts in the box labeled as “groceries,” “mediines,” and “rice,” among others.

By that, the organizers can assess the things the beneficiaries needed the most, Verano added.

She said they will also give away school supplies for beneficiaries who have school children through their “Pasko sa Kabataan,” which will be launched on December 28.

To sustain the community pantry, Verano encouraged other parishioners to give in cash and in kind, saying the activity is conducted for two consecutive days in a month.

She said they have incorporated values formation, such as prayer and counselling to chosen individuals, in their community pantry.