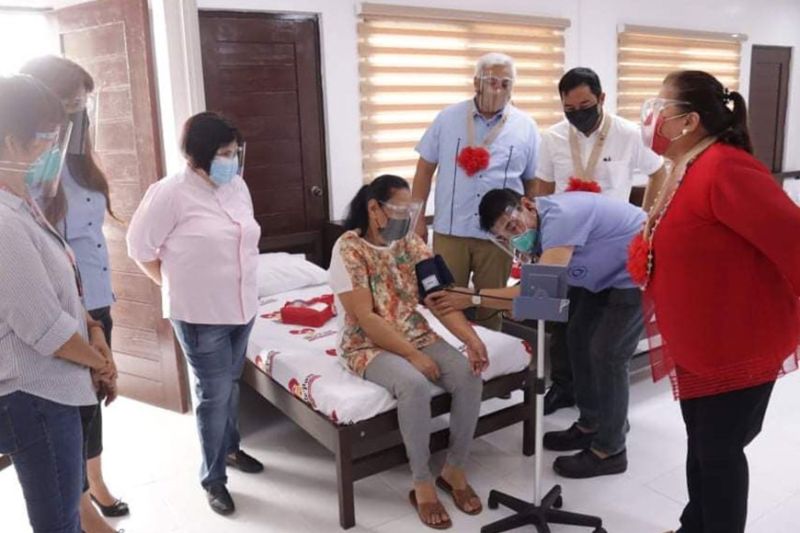 “No homeless senior citizens. No elderly will stay on the streets,” Lazatin said.

Care for the elderly

Locally made dusters will also be provided to the elderly. These clothings were made by Angeleña designer Rosette Ramos-Biag and hired home-based mananahis under the Angeleño First livelihood program.

Inside Bale Pusu are working staff composed of social workers and additional house parents from the CSWDO. There will also be daily activities for the elderly.

Calaguas said Bale Pusu is a welcome development for the city, ensuring that no senior citizen will stay on the streets.

Manuel, meanwhile, explained that another building will be constructed that can house about 40 homeless senior citizens.

Lazatin came up with the solution of establishing the city's home for the aged, considering that the city has enough budget and due to difficulties in referrals and having a limited bed capacity.

"Mayor Lazatin said it is about time to have the city's own home for the aged," Calaguas said.

Calaguas and Manuel have been helping homeless senior citizens, referring them to institutions in their personal capacity.

The welfare of the elderly has been a priority of Lazatin, administering free vaccines against flu and pneumonia even before the pandemic.

It can be recalled that in November 2020, 462 bedridden seniors received P2,000 cash assistance and calcium carbonate supplements via door-to-door delivery.

He started this program in 2019 as a fulfillment of his campaign promise.

Amid the pandemic, the City Government also carried out a house-to-house distribution of Vitamin C to 25,000 indigent senior citizens.

Some 55,816 seniors also received P1,000 social amelioration financial assistance and Vitamin C from the city government in May 2020.