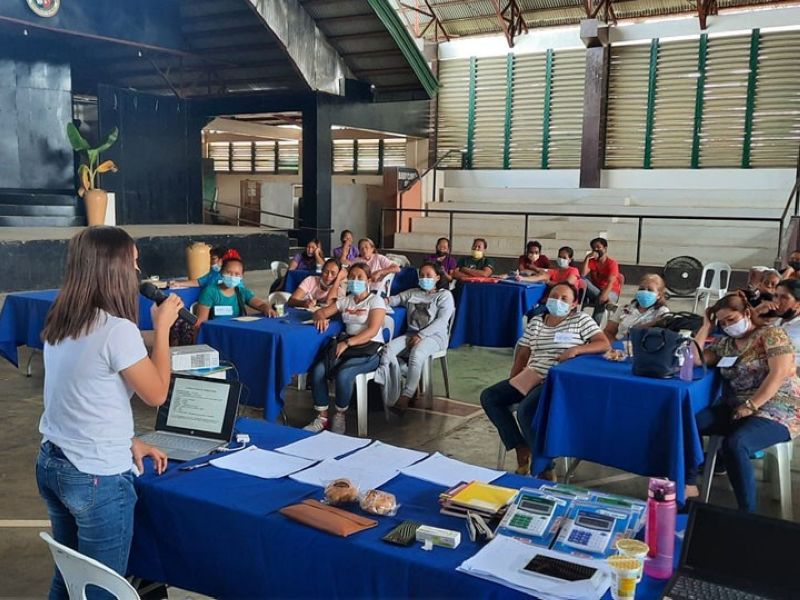 FINANCIAL MANAGEMENT. A total of 570 farmer-partners recently completed Community-based Financial Management Training initiated by the Department of Agriculture, through the Special Area for Agricultural Development (DA-Saad) program, in different towns of Zamboanga del Norte. A photo handout shows the participants listening intently to a resource speaker in one of the training venues. (SunStar Zamboanga)

FIVE-hundred seventy farmer-partners in Zamboanga del Norte had recently completed the Community-based Financial Management Training initiated by the Department of Agriculture, through the Special Area for Agricultural Development (DA-Saad) program.

Gramatica said the Saad area coordinators, who had undergone the training of trainers, served as the resource speakers during the training held in different towns in Zamboanga del Norte.

Gramatica said among the topics discussed during the training were proper financial handling and simple bookkeeping.

The farmer-partners were particularly selected in line with their duties and responsibilities as they handle livestock and poultry projects such as the layer chicken-egg production, broiler raising and other projects that generate income for the association, according to Gramatica.

“The Saad Program does not only provide you with the project inputs, but we also conduct training like this to enhance the farmers’ knowledge and increase confidence in handling association-based operation management,” he said.

He expressed his gratitude to farmers for responding positively with the series of training conducted in the province.

The municipal agriculturist and other municipal government personnel were also present during the training to show support to the participants. (SunStar Zamboanga)