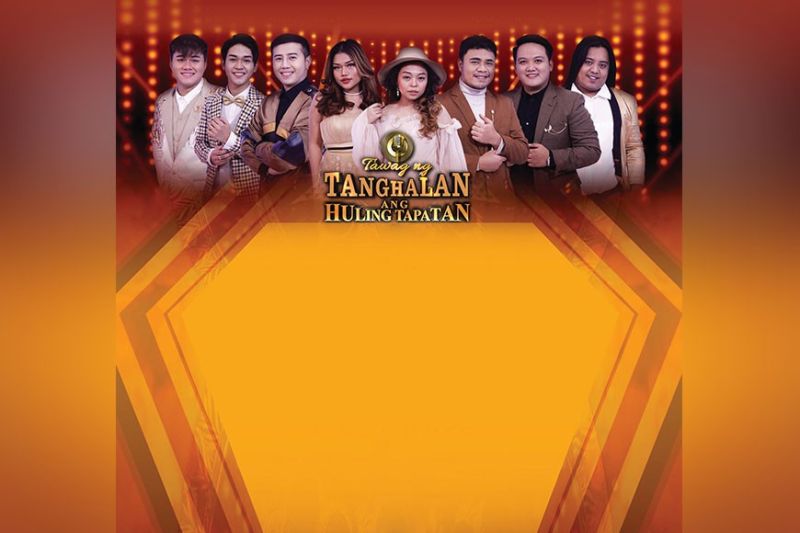 Who among the eight finalists of “Tawag ng Tanghalan (TNT) Season 5” will experience a 180-degree turn in his/her life after being proclaimed Grand Champion in “Ang Huling Tapatan” this Sept. 18?

Anthony Castillo, Froilan Cedilla, Gem Christian, Lorraine Galvez, Aixia Mallary, Psalm Manalo, Adrian Manibale and Reiven Umali will fight it out in a two-round format finals for the grand prize that includes a brand new house and lot from Camella, a recording contract with ABS-CBN music, a management contract under Star Magic’s Polaris and a trophy designed by Toym Imao.

In a virtual press conference, the finalists confessed feeling the pressure but will just do their best and entrust everything to God. They are thankful to their families and fans for their support. Some are more experienced in singing than the others but they still don’t rest on their laurels and will give even more than their past performances.

While there are some who feel mentally and emotionally ready, there is no time for complacency. All eight agree that singing gives them a certain kind of high and happiness.

Some of the songs that they find difficult but still they have performed in the past and may even be performed in the finals. These include “A Song For You,” “Consequences,” “Stand Up,” “Muli,” “Only Hope,” “Spain” and “Whatever You Are.”

Judges Nyoy Volante, Jed Madela and Louie Ocampo were one in saying that the task poses such a huge burden on their shoulders considering that every season presents something new and contestants have leveled up.

Karylle said that performing in a big studio is a big deal and contestants will be performing “as if there is no tomorrow.” She’s just thankful that she wouldn’t be sitting as judge on Saturday.

Despite judging being a difficult task and responsibility, Louie said it is a “good problem.” As to whether past performances matter in the finals, all three agree that they try to focus on the current performance and past performances make them sort of tolerant of minor glitches having known the contestants from the start.

Nyoy described the finalists as “amazing.” Jed pictured the finalists as diverse and styles of singing had evolved such that singing is more of “personality rather than merely hitting high notes.” Louie summed it up by saying “who deserves to win, will win.”

Janine Berdin and JM Yosures, both grand winners in the second and fourth seasons, respectively, agree that their victories really did make their lives change for the better. Both acted as hosts in the virtual media conference.

“TNT Season 5 - Ang Huling Tapatan” can be seen on It’s Showtime on A2Z channel on free TV and digital TV boxes, Kapamilya channel on cable and satellite TV, Kapamilya Online Live on ABS-CBN Entertainment’s YouTube channel and Facebook page, and on iWantTFC app (iOs and Android) and on iwanttgc.com.