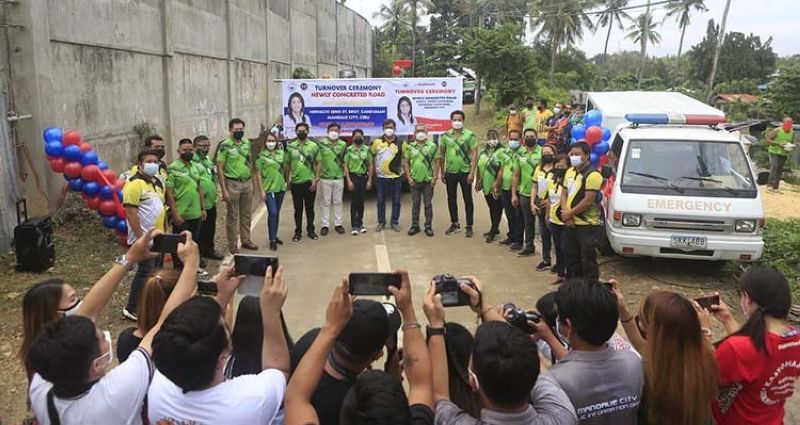 Dizon shared that previously, the streets in those barangays were swampy, rough and in the case of Brgy. Mantuyong, had not been concreted ever since.

Dizon said the roads in barangays Casili and Canduman had been concreted before but were damaged and during rainy days, flooding occurs in the area.

Dizon saw the need to address these concerns by endorsing them to the Department of Public Works and Highways (DPWH).

Dizon said these roads are durable, safe and low-maintenance which means they are less prone to water and tear defects.

With drainage systems included in this project, Dizon said this would minimize flooding in the area.

These projects have been initiated by Dizon not only in Mandaue City but also in the municipalities of Consolacion and Cordova.

Dizon said these access roads will not only serve the 15,000 households in the barangays but also aid in the mobility and accessibility of the neighboring barangays. (KFD)