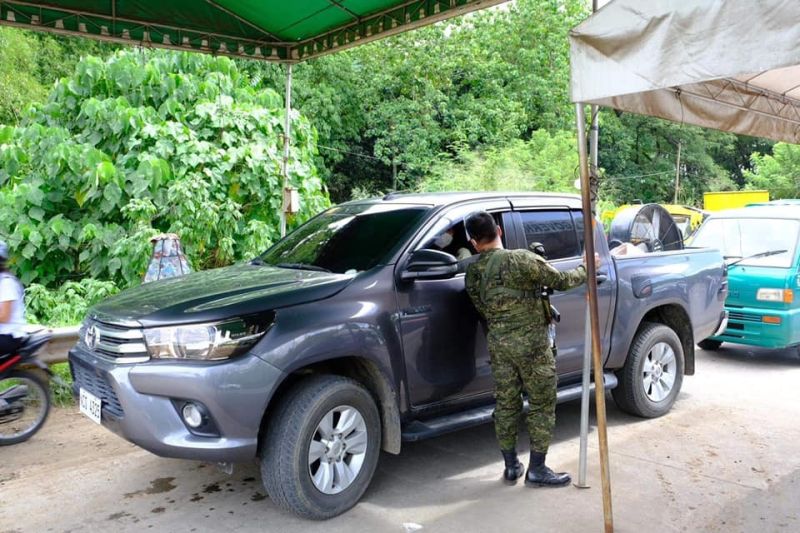 THE Davao City Police Office (DCPO) is intensifying its security vigilance in the city, of which its threat level is at "Alert Level 3,” in response to possible terror attacks in six Southeast Asian nations, including the Philippines, as revealed by the Japanese government.

Japan's Foreign Ministry urged its citizens on Monday, September 13, 2021, to stay away from religious facilities and crowds warning of a possible attack.

DCPO Director Colonel Kirby John Kraft said in a virtual presser on Wednesday, September 15, that they are aware of the report from the Japanese Embassy. Kraft, however, said they are still validating the information.

The police official said they had been intensifying its border control checkpoint, especially those entering the city.

Under the Terror Threat Advisory System of the Anti-Terrorism Council, an area is placed under Threat Level 3 "when a terrorist attack is a strong possibility within a short period of time.”

(You are aware that Davao City is a victim of previous bombings. (We don’t want this to happen again. That’s why we are not letting our guards down. We are intensifying our monitoring in Davao City despite not receiving reported threats.)

He added the city is near the border of Central Mindanao, wherein there is reported presence of armed groups linked to the Islamic State of Iraq and Syria (Isis).

For now, there is no augmentation of additional personnel visibility. He said they have yet to meet with different security forces to discuss the recent report from the Japanese government.

(We have yet to learn the additional measures that need to be done to protect Davao City.)

He added that they are still studying the report, considering its broad scope.

He said the DCPO, in partnership with Task Force Davao, is intensifying its border checkpoint.

Kraft said the city is still "generally peaceful" with no major incident reported.

Security authorities are urging the public to remain vigilant amid the threats.

In July 2020, the City Government formally launched "May Nakita? Dapat Magsalita!" a "culture of security" campaign that encourages Dabawenyos to adopt vigilance as part of their way of life.

The security forces are also enforcing tight regional border control, which is also supported by the city’s Covid-19 response in accordance with the Joint Regional Interagency Task Force for the Management of Emerging Infectious Diseases-Regional Task Force Against Covid-19-Davao Region Resolution No. 01 series of 2021.

According to the resolution, tourists coming from outside Davao Region visiting Davao City via land travel will have to present negative results of their reverse transcription-polymerase chain reaction (RT-PCR) tests before they will be allowed entry at the border checkpoint in Marilog District.

Meanwhile, the PNP and AFP on Wednesday said they were validating the information received by the Japanese government about possible terror attacks in the country.

Both PNP Chief Guillermo Eleazar and Department of Defense Spokesperson Arsenio Andolong said they have not received similar intelligence reports, but they are not discounting its possibility. (RGL with reports from AP and SunStar Philippines