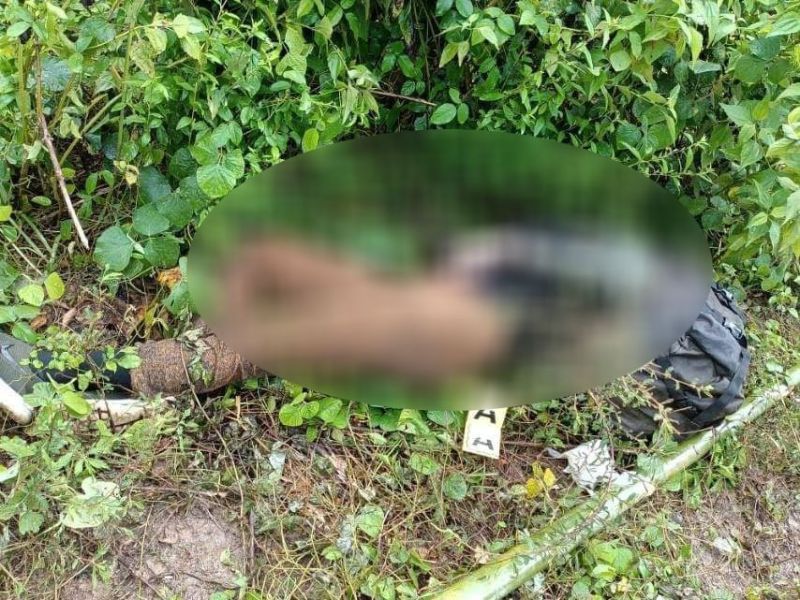 NEGROS. The gunbattle in Barangay Tabu in Ilog town on Tuesday, September 14, resulted in the death of four suspected members of the New People's Army and the arrest of 13 others. (6th PNP-SAF Battalion photo)

TWO of the four suspected members of the New People's Army (NPA), who were killed in an encounter with troopers of the 6th Philippine National Police Special Action Force (PNP-SAF) Battalion in Sitio Balik-balik, Barangay Tabu in Ilog town on Tuesday, September 14, 2021, have been identified by authorities.

Vargas succumbed to multiple gunshot wounds while being treated at a hospital, while Fundador was declared dead on the spot at the encounter site.

The two others were only identified as "Ka Nikki," a female, and "Ka George."

The captured NPA leader, meanwhile, has been identified as Nilda Natan Bertulano, an alleged secretary for the NPA's South West Front in Negros.

Police Lieutenant Colonel Ryan Manongdo, commander of the 6th PNP-SAF Battalion, said they have also detained 13 other persons who were at the encounter site for questioning.

However, 10 of the individuals were later freed by police after it was proven that they had no involvement in the clash.

The three other individuals, on the other hand, were advised to stay for further questioning and investigation as they are being suspected as newly recruited NPA insurgents.

Manongdo said they responded to the area after receiving complaints from nearby communities on Monday night about the presence of suspected rebel group members.

Following the clash, the PNP and Philippine Army in the entire Negros Island have been placed on heightened alert status.

Manongdo also called on the families of the remaining NPA insurgents in the area to convince their relatives to surrender before it's too late.

He also warned NPA rebels that they only have two options should they continue the armed struggle, either they "end up in cemetery or in prison."