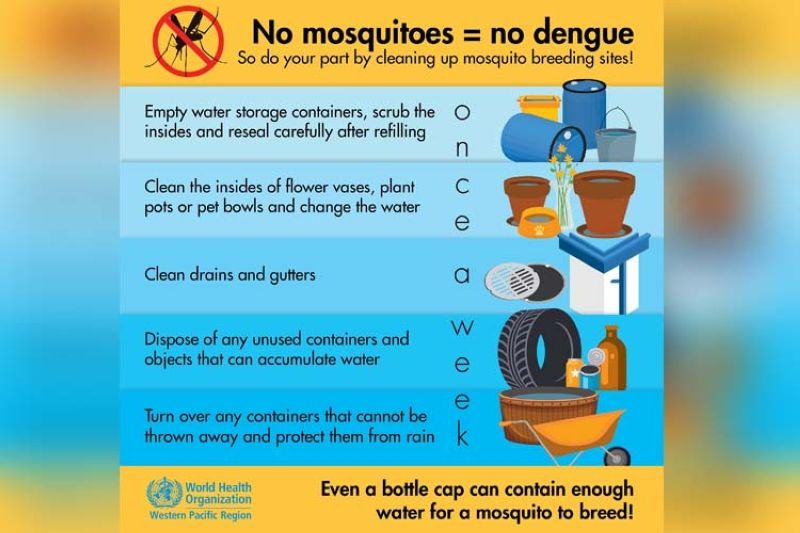 DUMAGUETE CITY – The provincial chief of the Department of Health in Negros Oriental on Wednesday called on the public to be mindful of the dengue fever this rainy season despite the current lower number of cases compared to last year.

Dr. Socrates Villamor, in an interview, noted that even people who had previously contracted dengue are still vulnerable to the disease as there are four different strains of the virus that causes it.

“The rainy season has started and we’ve had rains in the past days already and so we have to undertake the usual prevention measures against dengue but fortunately, we still have a low number of cases in the province,” he said in mixed English and Cebuano dialect.

Records at the DOH provincial office showed that as of Sept. 11, a total of 495 cases and zero deaths were reported in Negros Oriental since the start of the year.

This is 75 percent lower compared to last year’s figures for the same period -- 1,963 cases and three deaths.

The 10 cities and municipalities with the highest dengue cases for the period covered are this city with 110; Siaton, 74; Guihulngan City, 66; Tanjay City, 30; Sibulan, 29; Bais City, 28; Zamboanguita, 26; Bayawan City, 22; La Libertad, 15; and Sta. Catalina, 13, while the remainder of the infections were recorded in the other local government units.

Meanwhile, he explained that suspect dengue cases are subjected to swab testing for the coronavirus disease 2019 (Covid-19) as “routine”, considering that both diseases manifest similar symptoms such as high-grade fever. (PNA)