Rape suspect in Leyte arrested after 14 years of hiding 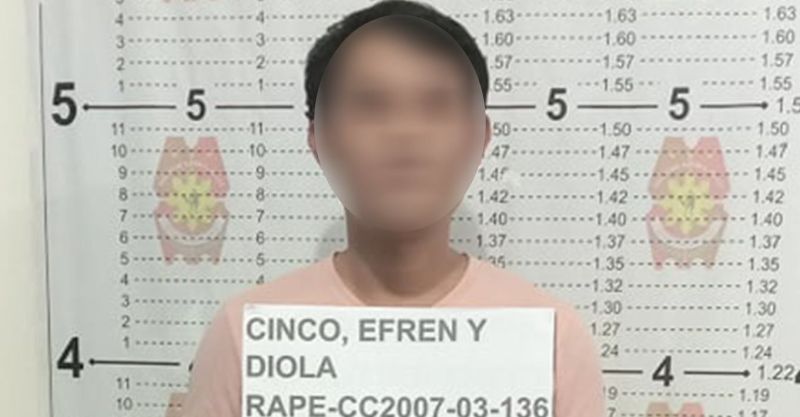 A 42-YEAR-OLD man who is facing a rape case was arrested in Sta. Fe town, in Leyte after 14 years of hiding.

The accused, identified as alias Efren Cinco, is listed as rank 7 most wanted person in the provincial level.

“Through the intensified campaign against most wanted persons, this person is finally arrested after long years of hiding from the law. To those who are still on the run from their committed crimes, we will not stop chasing after you,” said Brigadier General Rommel Bernardo Cabagnot, regional director, following the arrest of Cinco on September 13, 2021.

Judge Salvador Apurillo, of Regional Trial Court-Branch 8, did not recommend bail to Cinco.

The accused was brought to Sta. Fe Municipal Police Station for documentation before his turn over to the court of origin. (SunStar Philippines)