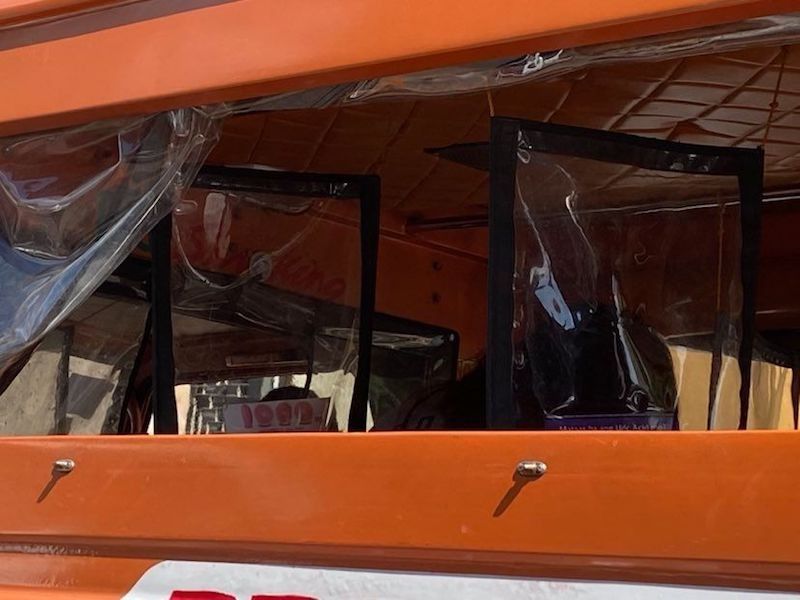 CEBU. Plastic barriers are installed in public utility jeepneys as a measure against Covid-19. (MVI/SunStar Philippines)

FOR the third consecutive day, the Department of Health (DOH) reported over 200 mortalities from coronavirus disease 2019 (Covid-19), pushing the death toll past 36,000.

The case fatality rate (CFR), however, retreated further to 1.56 percent as new cases continued to average 20,000 a day. The CFR is the proportion of people who died of Covid-19 among all those who contracted the disease.

The new cases brought the cumulative Covid-19 case count in the Philippines to 2,304,192. There were 80 duplicates, including 65 recoveries and one death, that were removed from the total.

Testing improved on September 14, a Tuesday, as a total of 74,149 were tested for Sars-CoV-2. Of this number, 27 percent yielded positive results.

Including the new recoveries, a total of 2,090,228 have now recovered from infection.

The additional mortalities included 174 cases that were previously tagged as recoveries but were found to have died from Covid-19.

He told President Rodrigo Duterte during a Talk to the People meeting aired Thursday morning that 91 percent of provinces and cities in the country remained at high risk.

Duque made an urgent call to augment health systems capacity, decongest hospitals, and ensure a strong triage and referral system in these areas to prevent deaths.

Meanwhile, the number of fully vaccinated individuals increased to 17,348,671 as of September 15, vaccine czar Secretary Carlito Galvez Jr. reported to the President in the same meeting.