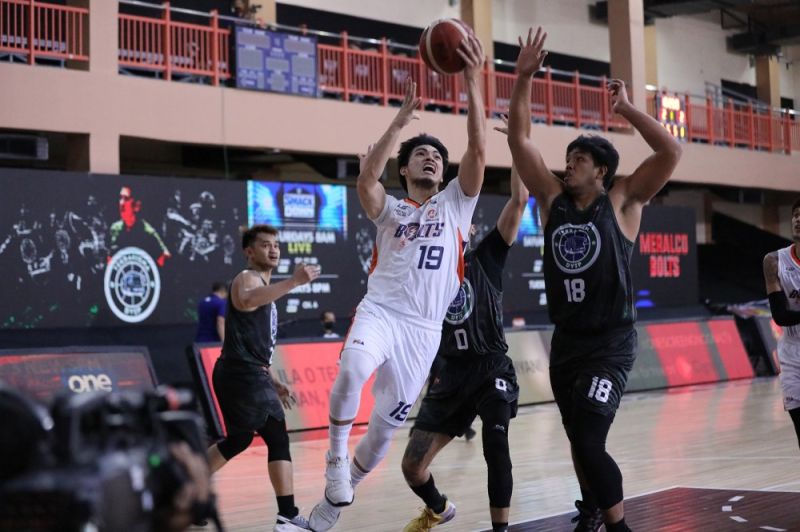 Bong Quintos stepped up and scored 17 points to lead the way for Meralco. / PBA

The Meralco Bolts announced their return to action with a bang as they clobbered the Terrafirma Dyip, 95-83, in the 2021 PBA Philippine Cup on Thursday afternoon at the Don Honorio Ventura State University gym in Bacolor, Pampanga.

Fresh off a weeklong break after the week was placed in health and safety protocols, the Bolts did not miss a beat and captured their sixth win in eight games. The win brought Meralco closer to securing the second and final twice-to-beat bonus in the quarterfinals.

Bong Quinto led the way for the Bolts with 17 points, eight rebounds and three assists, which was more than enough to offset the absence of top ace, Chris Newsome.

Five others scored in double-figures with Anjo Caram coming off the bench to scored 13 points and dish out five assists. Allein Maliksi had 12, Raymund Almazan pitched in 11 while Reynel Hugnatan and rookie Alvin Pasaol chipped in 10 points each.

Terrafirma has now lost three straight games and dropped to 3-7.