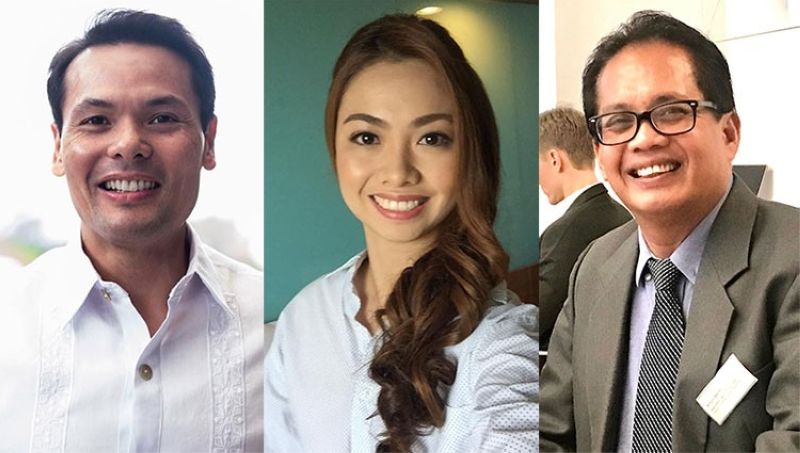 THE persons whose names have lately come up as probable candidates or specific offices but may run for other positions when certificates of candidacy are filed on the first eight days of October:

[2] At Bakud (Barug Alang ug Demokrasya) of the Duranos in the fifth district: Ace Durano for governor.

[3] In the first district: Talisay City Mayor Samsam Gullas for congressman and his wife Rhea Aquino-Gullas for city mayor.

The new disclosures are about purported plans of BOPK chief Tomas, Ace Durano and the Samsam Gullas's wife. Talk about an Abellanosa-Ong tandem has been circulating for some time already.

The buzz about Cebu City politics is, of course, not official or final, just chatter from the media sites. And even the reliable sources are being tentative.

Representative "Bebot" Abellanosa -- who's finishing his third term (2013-2022) as congressman in the district that Tomas would now want to represent again -- may run for city mayor. Abellanosa served as city councilor from the south for three terms (2004-2013) and before that, as barangay captain of Duljo Fatima from 1994 to 2004.

Councilor Franklyn Ong, who heads the Association of Barangay Councils, may be Bebot's running mate. The Sanggunian seat that Ong holds is theoretically non-partisan but he is affiliated with BOPK. The partisan thing is a sham, which in the city also applies to the youth sector of Sangguniang Kabataan seat.

Tomas, Bebot and Franklyn are deemed, for now, the most likely BOPK candidates for the three top posts. The development matches speculation about Abellanosa and Ong who, as early as last year, were already rumored to be BOPK's standard bearers.

But then, until after the October 1 to 8 COC-filing deadline and the November 15 deadline for substitution, the situation remains "fluid." Tomas may yet pull a surprise, on or before October or November.

ALU official Arturo Barrit who appeared before the NBI regional office Tuesday and Wednesday, September 14 and 15, told Bzzzzz his grievance is now a formal complaint against the P20.15 million purchase order for packed meals from M&R Food Services, which he alleges, based on income tax returns, is not financially capable to deliver the items.

Barrit alleged the charging of payment to SEF violated the law and the products were "undervalued." He said he submitted photocopies of purchase orders and other documents.

A "whistleblower," businessman Crisologo Saavedra, is invited to the next session of the Cebu City Sanggunian Wednesday, September 29, to talk about alleged irregularities in the bidding of the second phase of the city's modern traffic lights and CCTV project. The invitation was on motion of Minority Floor-leader Nestor Archival.

Saavedra is known for his disclosures on major projects in the city and province, most of which exposed the "scandal" but didn't convict or throw out office the alleged perpetrator/s because of "inordinate delay," lack of evidence, or the Aguinaldo doctrine.

Cris is not running for city councilor, as Art Barrit is, but City Attorney Gealon, who's also a councilor-wannabe, alleged that Saavedra asked to delay the bidding for a client.