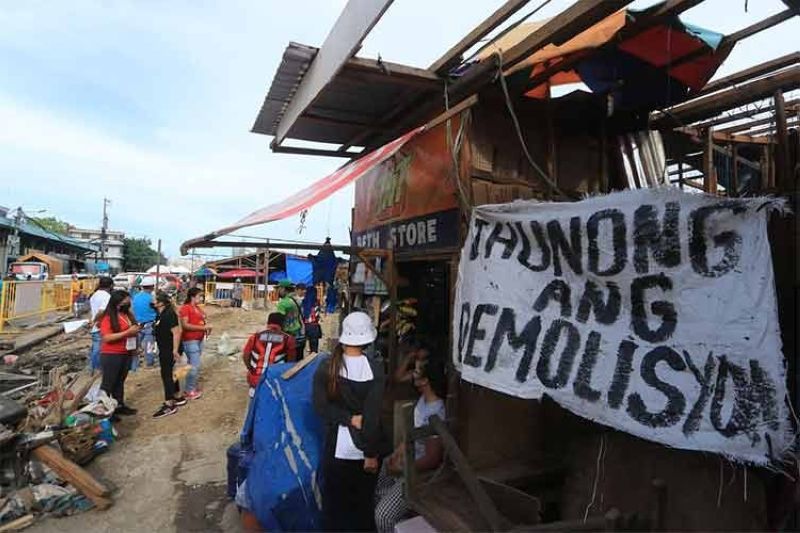 A BISHOP of the United Church of Christ in the Philippines (UCCP) called on Cebu City Government to “hear the cry of its people” and stop the ongoing demolition in Carbon Market.

“Government authorities should address the needs of the people especially the poor. The LGU (local government unit) must protect the lives and welfare of the good people,” Bishop Feliciana Tenchavez said Thursday, September 16.

“You are elected by the people and you even swore to God to be a good servant to His people. What is happening now here in Cebu City, particularly in Carbon Market, our local vendors who’re struggling to survive during this pandemic are being threatened by these local authorities to be demolished from their main livelihoods. These authorities were supposedly elected to serve as ministers of God to His people are the one’s mistreated their people,” she added.

She called on Cebu City Mayor Edgardo Labella to “understand the crisis and poverty that your people have been through.”

“Don't be swayed by the evil in our times of globalization and privatization that tyrannize your people,” she told Labella.

Tenchavez said the City Government must listen to the Carbon Market vendors’ sentiments, stressing that the people’s resistance is “reasonable.”

She also called on all her “brothers and sisters in Christ, to all the ministers, lay leaders and ecumenical partners here in Western Visayas Jurisdictional Area” to oppose the demolition of stalls in Carbon Market.

“Let us all voice out our strong opposition and join the vendors and the people of Cebu City in their struggle against the privatization of Carbon Market. Stop the demolition now!” the bishop said.

The stalls in Carbon Market have been demolished and will be replaced with commercial hubs of Megawide Construction Corp., the developer that committed P5.5 billion to "modernize" the market. (PR/SunStar Cebu)