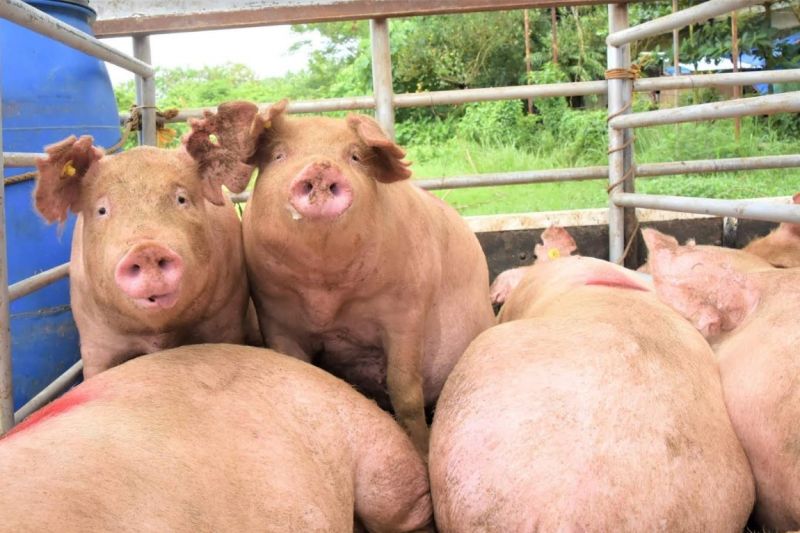 LOCAL government units (LGUs) in the Fourth District have received 96 heads of breeder piglets and 36 gilts worth P1.44 million from the Provincial Government of Negros Occidental Thursday, September 16, 2021.

The swine distribution is part of the Provincial Animal Genetic Improvement Program (Pagip) of the Provincial Veterinary Office (PVO), which is aimed at ensuring the breed quality of swine, as well as augment the livelihood and provide local employment opportunities within the community.

This forms part of the P8 million of swine to be distributed to different LGUs in the province this year, and is anchored on the the province’s Abanse Negrense Priority Development Agenda.

On Tuesday, September 14, the PVO has distributed 192 heads of breeder piglets and 77 heads of gilts for LGUs in Fifth and Sixth Districts, totaling to about P3 million.

Provincial Veterinarian Renante Decena earlier said with the prevailing “new normal” situation prompted by the coronavirus disease (Covid-19) pandemic and the ongoing fight against African Swine Fever (ASF) that affected Luzon and the nearby provinces, it is incumbent that the provincial government extends continuous support in terms of hog production inputs to keep the industry and local stakeholders survive.

“The program primarily aims to acquire additional breeder stocks for local hog raisers to be distributed for breeding and production purposes,” he said, adding that the program is centered on improving the local hog production to meet the demands from other provinces on top of the local supply.

Decena said the province remains the top producer of swine in Western Visayas and fourth in the entire country.

“The hog farming in the province is also a booming six million industry which serves as the source of livelihood of most rural backyard raisers especially during this time,” he added.