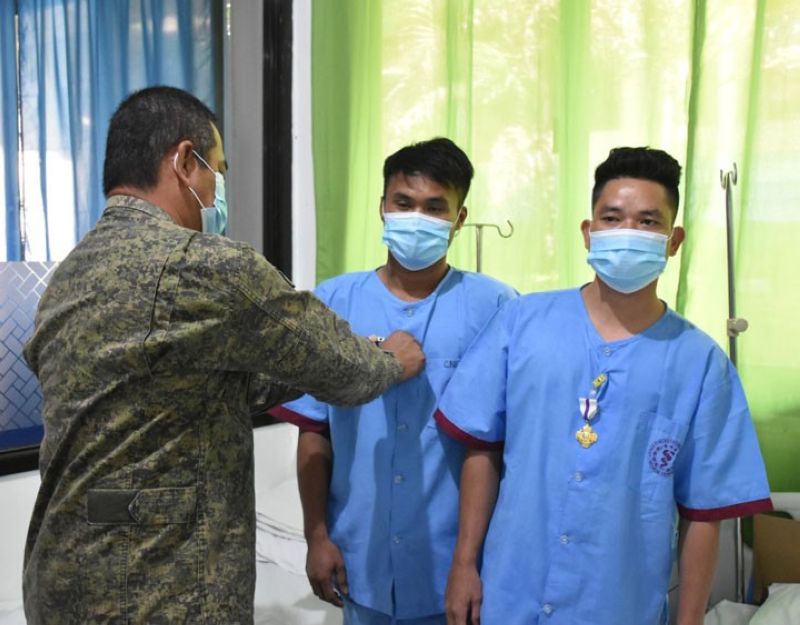 THE Western Mindanao Command (Westmincom) has conferred medals to three soldiers for gallantry against lawless elements in the province of Basilan.

They were injured in an ambush and clash on September 10 in Baguindan village, Tipo-Tipo.

The Westmincom said in a statement Thursday, September 16, that Villoria and a companion were ambushed by some 10 unidentified gunmen while they were fetching water some 250 meters away from detachment in Baguindan.

Villoria was wounded while his companion, whose identity was withheld pending notification to next of kin, was killed during the ambush.

Tormis and Tayrus were injured as firefight ensued when they pursued the gunmen behind the ambush incident.

A certain Boy Negro, who was among the ambush suspects, was killed while a Gloc pistol and two M-16 Armalite rifles were recovered by the troops.

Additional P5,000 cash assistance was also given to each of the three soldiers by the Westmincom.

Ponio lauded the soldiers for their bravery and utmost dedication to their sworn duties.

“Truly you are an inspiration to all of us for your willingness to give up your lives for the people and the state,” Ponio told the three soldiers.

“I urge everyone to continually live up to your best services,” he added. (SunStar Zamboanga)