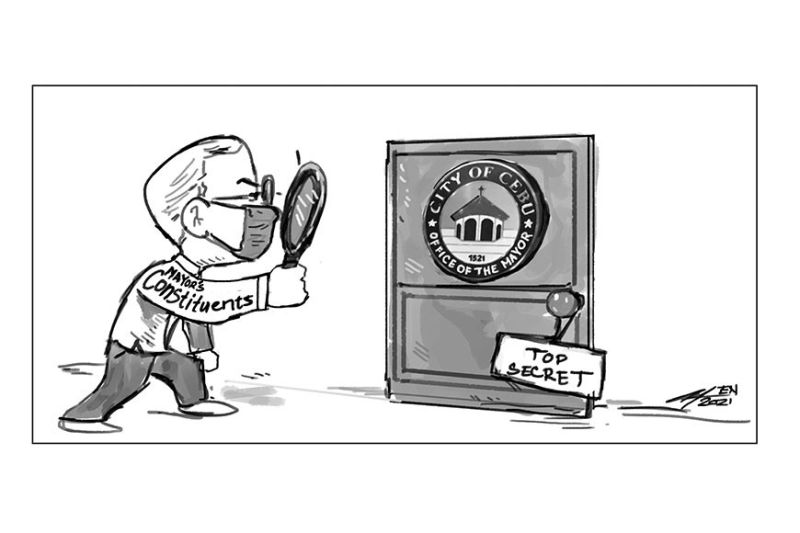 The persistence of SunStar Cebu columnist Bobby Nalzaro in asking about Cebu City Mayor Edgardo Labella’s physical state could have pushed the latter’s son to tell the veteran journalist about the condition of his father.

Jaypee Labella divulged that his father had suffered a mild stroke during his hospital stay last August; however, there was no disclosure of the mayor’s real illness that resulted in multiple medical leaves this year.

Mayor Labella’s speech and lower extremities were affected, Nalzaro quoted Jaypee. The mayor’s son then reassured the journalist that his father was in “good shape” and “in the process of recovering.”

Cebu City Administrator Floro Casas Jr. revealed in news reports that he and the mayor’s staff members, led by chief of staff Mary Rose Lubino, assist Mayor Labella as he works from home. The mayor has been working from home since he returned from his medical leave last June.

Casas is typically leading the show at the Cebu City Hall, while Mayor Labella waits for documents that need his signature at his home.

Sycophants of Mayor Labella, for sure, want him to stay in his office until his term ends on June 30, 2022. Their reasons? Ask them, they are sycophants after all.

One could see no signs of Mayor Labella surrendering his post to focus on his recovery from whatever illnesses. He files medical leave when he feels too sick to work, then returns to his work-from-home setup when he feels better and has enough strength to sign documents.

The good mayor knows that he occupies a public office, which is “a public trust. Public officers and employees, at all times, be accountable to the people, serve them with utmost responsibility, integrity, loyalty, and efficiency; act with patriotism and justice; and lead modest lives,” according to Section 1 of Article XI (Accountability of Public Officers) of the 1987 Constitution.

Public trust is defined as “power entrusted to elected officials in their role as public officers (accountabilityrt.org).”

Since the true power lies in the people in a democracy, elected officials and government workers are accountable to them.

Here’s now the question to Labella’s camp, just this one question: Why was it that Labella’s son was the one who disclosed the mayor’s mild stroke ordeal?

The mayor’s constituents have the right to know the real state of health of their elected leader. The mayor could have released a written statement on his official Facebook page to inform the city, or Casas could have told the public about the mayor’s brush with mild stroke.

Cebu City belongs to a representative and constitutional democracy. In principle, the people are the source of elected officials’ power, thus the public servants must be honest at all times.

Insisting on running the public office in spite of ill health flaunts the hallmarks of inefficiency and hubris.

Keeping secrets while in public office is a mockery of the sovereign people; a betrayal; and an act of destroying the public trust.