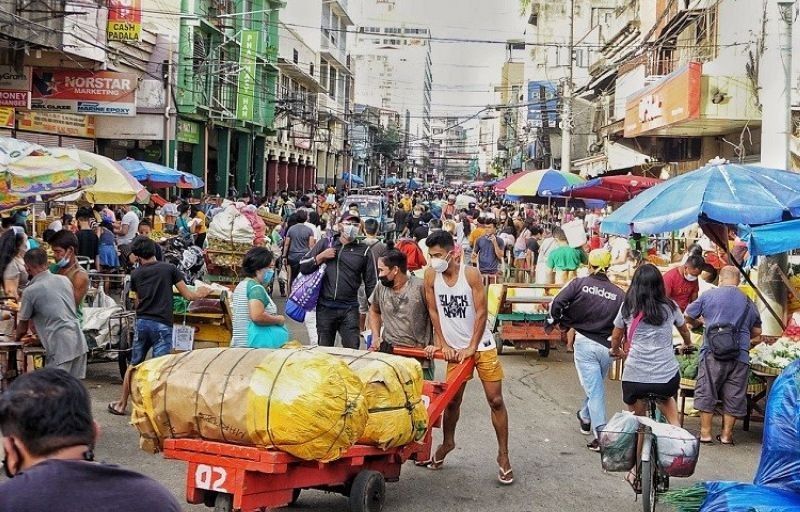 AN OFFICIAL of the Cebu City Market Operations Division (MOD) denied claims that they violated the rights of vendors that were affected by the land development being undertaken at the area of Landing Vendors Organization (Lavo) Seaside at the Carbon Public Market.

Cebu City Market Administrator Irvin Cabales said that at least 20 vendors who had volunteered to dismantle their stalls, were temporarily relocated.

The area for Lavo Seaside vendors is located across the Carbon Public Market’s Unit 2 building.

Resch, president of Cebu City’s Sangguniang Kabataan (SK) Federation and a member of the city’s opposition bloc, raised the matter through a privilege speech before the City Council on Wednesday, Sept. 15.

Resch claimed that 16 vendors were not made aware that their stalls were up for demolition.

Resch questioned why the demolition was undertaken during the weekend and while the City was still grappling with the Covid-19 pandemic.

Resch even requested the City Council invited officials of the Commission on Human Rights (CHR) during their regular Citizen’s Hour to tackle the matter.

Resch also recommended that the City Council sanction Cabales for “excessive actions.” Cabales told SunStar cebu that he was surprised by Resch’s claims.

He said only one vendor approached him and stated that he didn’t agree that his stall will be demolished.

Cabales also allowed three vendors back to the area after their stalls were demolished.

Cabales emphasized that even if he found out that there were illegally-built houses in the area, he did not include those in the demolition.

While City Councilor David Tumulak, in a corollary motion, asked Cabales to call a meeting with the members and officers of Lavo Seaside and George and Peter Vendors to clarify and resolve the issue as soon as possible.

Cabales said they informed the vendors two months prior that they were to be relocated temporarily to make way for the demolition.

Cabales said the demolition was not done by force, as even the vendors volunteered in dismantling their stalls.

Cabales said all those who were relocated are expected to go back to their original area in 15 to 20 days as this was the MOD’s commitment to the vendors. (JJL)